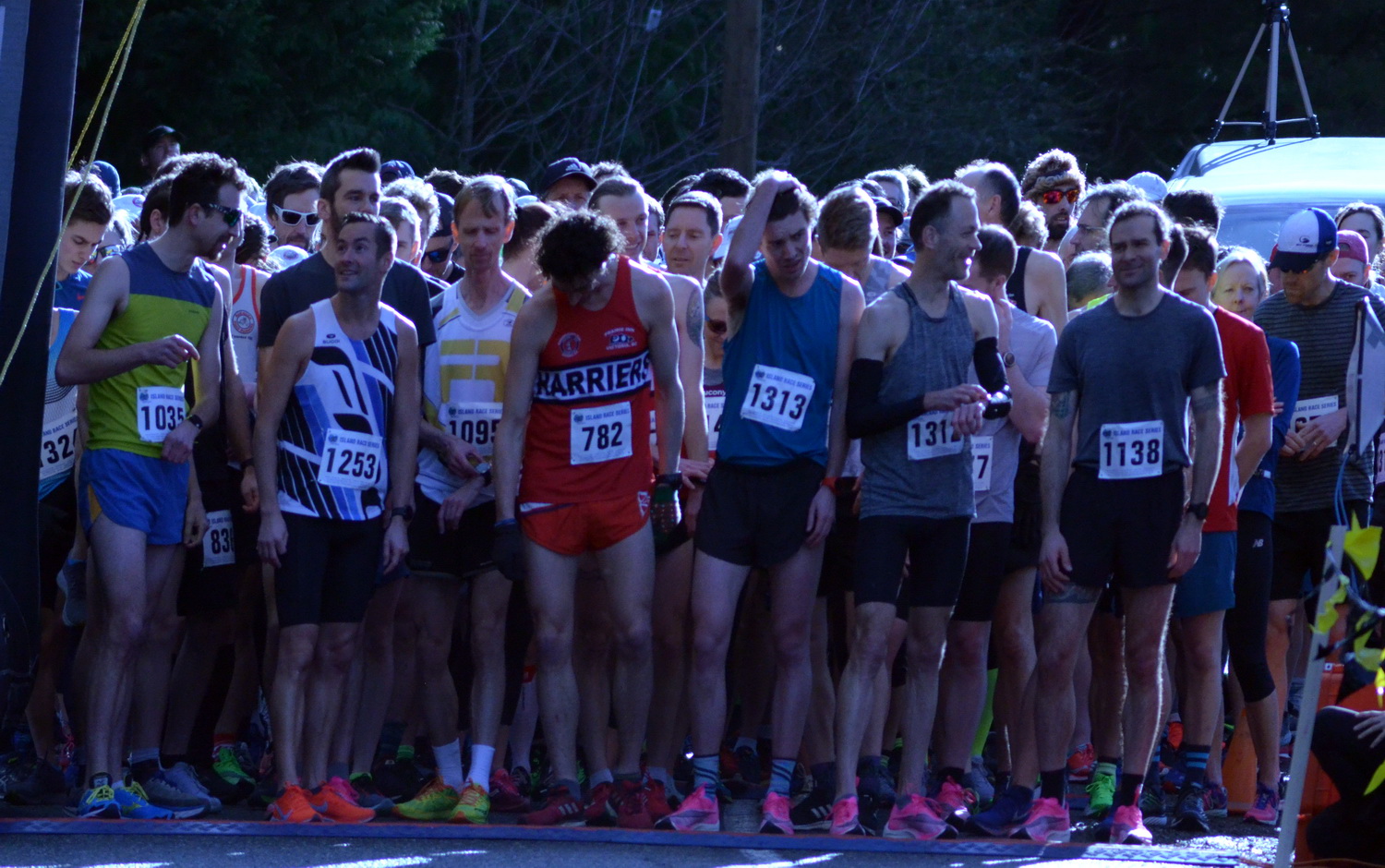 The Vancouver Island Race Series includes eight road races that run every other week from January to April. The fourth race in the series is the only one that includes non-paved trail.

There is one particular very long uphill at about 3K. The race is a can’t miss event partially because of the stunning backdrop of the Olympic Mountain range and Juan de Fuca Straight, as well as the stately venue: Hatley Castle.

Once runners take on this event, they want to return, not for fast times, but for improving their own performance on this hills, gravelly and twisting race course.

The event takes place on Sunday, Feb. 23 at 11:00 am. The race starts and finishes at Royal Roads Gymnasium, 2005 Sooke Rd, Victoria and is hosted by Frontrunners Athletic Club.

Runners can register online until 6 pm Friday, February 21 at www.islandseries.org .
Registration and number pick up is also available on Saturday, February 22 at
Frontrunners Westshore, #123, 755 Goldstream Avenue, Langford from 12 noon – 4 pm,
or on race day, from 9 am – 10:15 am. Race registration until February 21 is $30 for
adults and $25 for students, and on race weekend the fees are $50.

“The Frontrunners Athletic Club is looking forward to hosting runners and walkers of all
ages and abilities to Royal Roads University for the Hatley Castle 8K,” says race
director, Nick Walker. “It is such a treat to expose the runners to the historic grounds of
Royal Roads with a picturesque route along the water, and through a first growth forest.
Runners will be treated to a complimentary post run BBQ hosted by the Langford
Volunteer Firefighters, raising funds for Muscular Dystrophy, as well as freshly baked
treats from the Royal Bay Bakery.”

Leading the club standings is the Prairie Inn Harriers with 1280 points, followed by
Ceevacs Roadrunners with 1133 and Bastion Run Club with 1000.

After Hatley will be Port Alberni Paper Chase 15K on March 8, Comox Valley RV Half
Marathon on March 22, TriStars Sooke 10K on April 5 and the Synergy Health
Management Bazan Bay 5K and Series Awards on April 19. 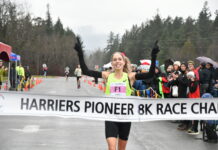 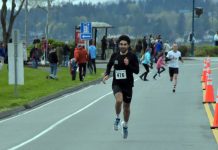 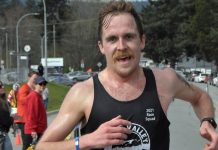 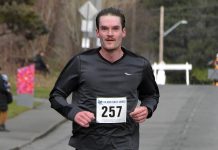 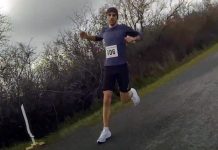 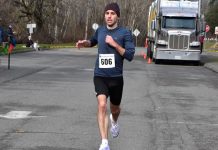 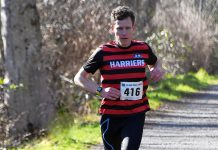