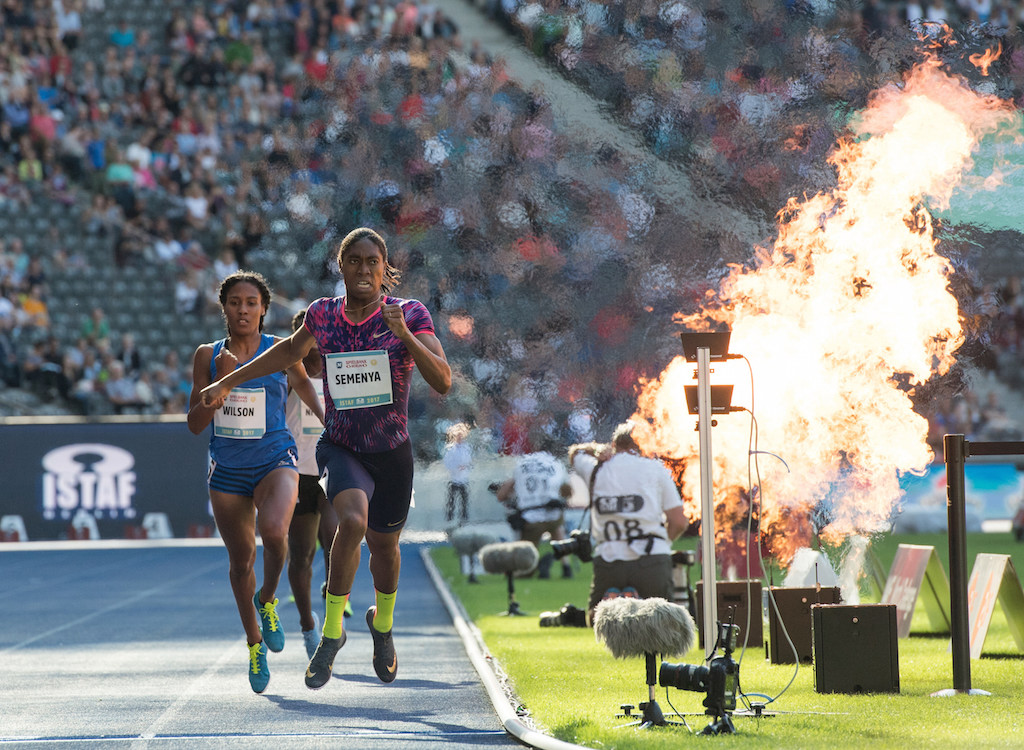 Eleven European Champions will return to Berlin for Germany’s major athletics meeting on Sunday: The ISTAF will see its 77th edition in the Olympic Stadium, which was the venue of the continental championships earlier in August. An athlete who produced the stand-out performance at the ISTAF a year ago will also return to the German capital. Caster Semenya ran a world-best for 600 m in 2017 and now features in the 1,000 m, an event where ISTAF made history back in 1990. Two athletics stars will end their careers on Sunday in the Olympic Stadium: Kim Collins and local hero Robert Harting. The ISTAF is part of the IAAF World Challenge Series.

“After the great European Championships a few weeks ago we are happy that so many champions, as well as other top stars, return to the ISTAF. We will celebrate a sort of extra time after a superb athletics summer,“ said Meeting Director Martin Seeber. „Ending his career on Sunday in the Olympic Stadium, Robert Harting will be very much in the focus.“

Turkey’s World and European 200 m Champion Ramil Guliyev will compete in the 100 m and will be challenged by Britain’s Harry Aikines-Aryeetey, who won the European gold in the 4×100 m. At the age of 42 Kim Collins of Saint Kitts and Nevis chose the ISTAF as his farewell meeting. The 100 m World Champion from 2003, who holds a PB of 9.93 which he achieved at the age of 40, will run one last 100 m race.

Gesa Krause was supposed to be the sixth European Champion from Germany to start at the ISTAF, however, the 3,000 m steeplechase champion had to withdraw due to a cough. “I tried everything to get fit in time, but it does not work,“ said Krause. Instead of attacking her German record at the ISTAF she ended her season. Krause will, however, watch the ISTAF from the stands and set herself a different goal: „I can’t run – but maybe I manage to sign 3,000 autographs!“

Nineteen world records or world bests were established in the long history of the ISTAF. Last year Caster Semenya ran one of them, improving the 600 m mark to 1:21.77. On Sunday the South African will compete at the 1,000 m. An event which was last staged at the ISTAF in 1991 and which had produced a world record a year earlier. In 1990 Christiane Wachtel – at that time still running for the GDR a short time before German reunification – clocked 2:30.67. 22 years ago Russia’s Svetlana Masterkova established the current world record of 2:28.98. Semenya has already run the distance twice this year, improving her PB to 2:31.01 in July. At least the meeting record could be a target on Sunday.

While a women’s mile race with Britain’s Eilish McColgan and Germany’s talented Konstanze Klosterhalfen will be held for the first time in the history of the ISTAF the Steeplechase could be a close race. Kenyans Roseline Chepngetich, who has a PB of  9:08.23, and Daisy Jepkemei (9:10.71) plus Bahrain’s Winfred Mutile Yavi (9:10.74) are the favourites.

The men’s 1,500 m features Timothy Cheruiyot, who became the seventh fastest runner in history this season when he clocked 3:28.41 in Monaco. The 22 year-old Kenyan was runner-up in the World Championships in London last year.

Spectators at the ISTAF will look forward to the women’s 100 m, where crowd favourite Gina Lückenkemper, the European 100 m silver medallist, hopes to upset Marie-Josée Ta Lou (Ivory Coast). The 100 and 200 m silver medallist from the World Championships 2017 leads the season’s list with a time of 10.85.

Two of three medal winners from the Europeans will compete in the Long Jump and Shot Put. German champion Malaika Mihambo will be challenged by Britain’s Shara Proctor, who took the bronze medal in Berlin. However Proctor’s fellow countrywoman Jazmin Sawyers might also be in the mix. She won the Long Jump at the ISTAF in 2017.

Poland’s Paulina Guba snatched the gold medal in Berlin in the Shot Put a few weeks ago, stunning Christina Schwanitz in the last round. The German had to settle for silver, but will look to amend things at the ISTAF. Both might be challenged by Raven Saunders (USA).

The men’s javelin has been a true highlight of the ISTAF in recent editions. With Germany currently boosting most of the best throwers in the world this should again be a thrilling event. In 2017 World Champion Johannes Vetter won in the Olympic Stadium with 89.85 m from Olympic gold medallist Thomas Röhler (86.07). Now Röhler comes back to the ISTAF as the European Champion. Silver medallist Andreas Hofmann and Estonia’s Magnus Kirt, who was third in Berlin, will be challenging Röhler.

The final action on Sunday will be provided by the discus throwers. It will be the last event for 33 year-old Robert Harting, who has been Olympic champion, three-times World champion and twice European gold medallist. Some of his fiercest rivals from past years are on the start list: Poland’s Piotr Małachowski and Robert Urbanek, Estonia’s Gerd Kanter and of course Harting’s brother Christoph.