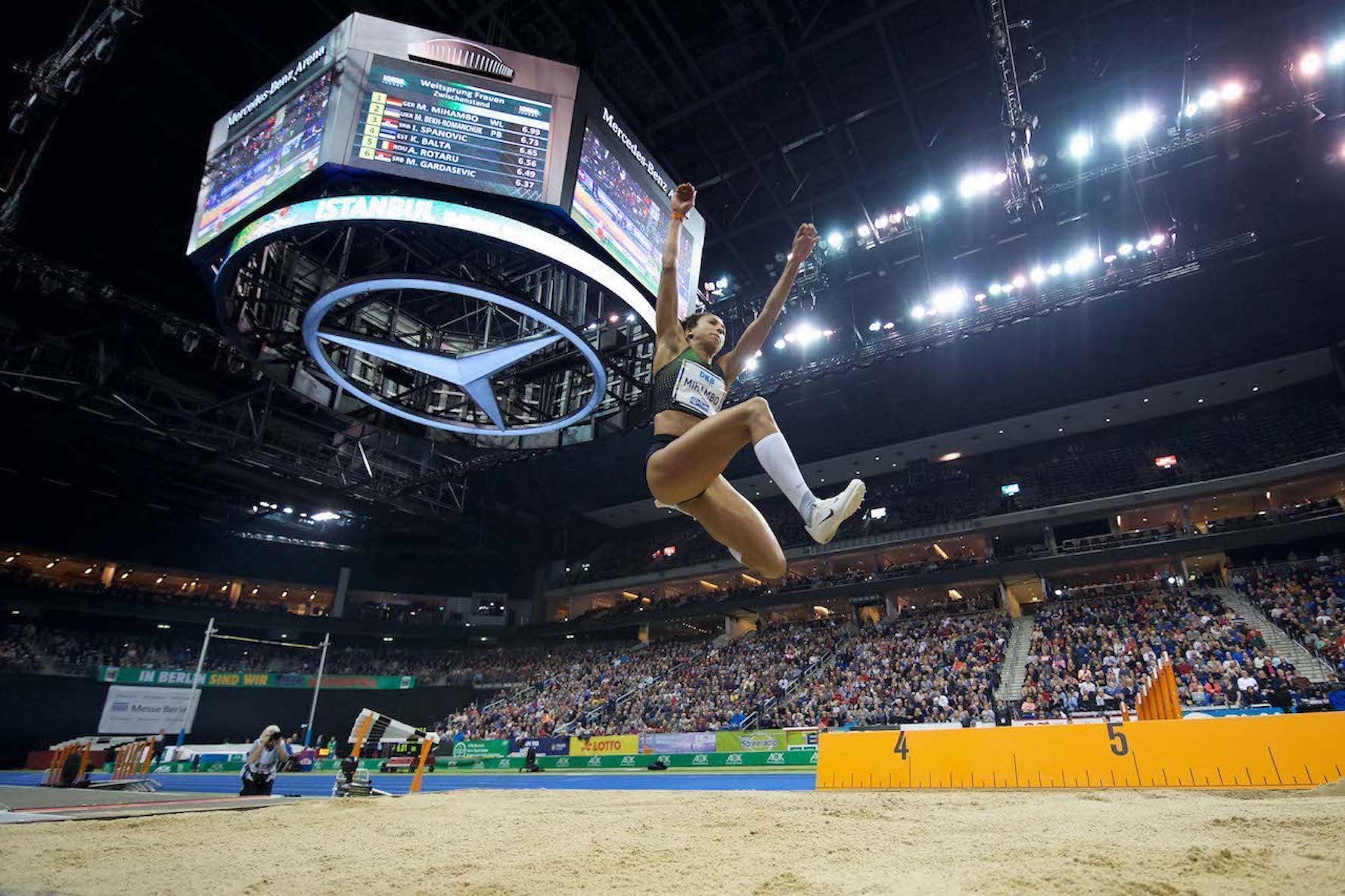 Germany’s World champion in the women’s long jump, Malaika Mihambo, and an unusually strong men’s pole vault competition including the Olympic champion Thiago Braz, world record holder Renaud Lavillenie as well as the World bronze medallist Piotr Lisek are among the highlights for the INSTAF INDOOR which takes place in the Mercedes Benz Arena in Berlin on February 14. As well as the 60m sprints and sprint hurdles over the same distance there will also be the second edition of the unique discus duel between men and women on the schedule. The organizers have already sold more than 12,000 tickets for the indoor athletics meeting which attracts by far the biggest spectator audience anywhere in the world.

Malaika Mihambo is the big favourite in the women’s long jump. The competition in Berlin on February 14 will be one of her first ones since she triumphed at the World Championships in Doha. At the ISTAF INDOOR 2019 this exceptional athlete set a meeting record of 6.99m – just failing to achieve the magical seven metre mark. Mihambo then cleared that distance in the outdoor season on several occasions, crowning the sequence with 7.30m to become World champion in October last year. Will the 26-year-old achieve a seven metre jump when she returns to Berlin for the ISTAF INDOOR? “That’s my goal,” says Malaika Mihambo. “Seven metres is also in the forefront for me indoors. The ISTAF INDOOR is a really cool meeting with a unique atmosphere.”

Three pole vaulters with lifetime bests over six metres in the shape of the world record holder Renaud Lavillenie of France, Olympic champion Thiago Braz of Brazil and the World Championship bronze medallist Piotr Lisek from Poland will be aiming for take off in the Mercedes Benz Arena on February 14. Lavillenie holds the meeting record with his 6.02m from 2015, a height which no-one has since beaten in any indoor competition in Germany. Among athletes currently active seven have cleared the magical six metre height – three of them will compete in Berlin. Alongside the top trio will be the German champion Torben Blech and his compatriot Bo Kanda Lita, who was fourth in last year’s World Championships. “Our fans can look forward to a spectacular pole vault show in the build-up to Olympic Year,” said Meeting Director Martin Seeber.

In the women’s events two German athletes hope to be in the hunt for podium places in the 60m sprint and the 60m hurdles: Lisa Marie Kwayie from Berlin goes in the sprint while Pamela Dutkiewicz will defend her win last year in the hurdles in what she calls her favourite meeting.

The spectacle of a discus competition indoors before thousands of spectators is what makes ISTAF INDOOR unique. Another unique factor is the direct sporting comparison of “Women versus Men”: after its successful debut in 2019 the discus duel will again bring the curtain down on ISTAF INDOOR. In last year’s debut performance the women achieved a narrow win. Nadine Müller threw further than any woman previously indoors with her 63.89m. “That was a top highlight for me,” said the 34-year-old federal police officer. “I’m looking forward to the second time round for this contest.”

“This highly unusual sporting comparison is now getting ready for its second edition. Great women and men of discus throwing will be in action. The fans will be able to experience spectacular duels,” said Martin Seeber.