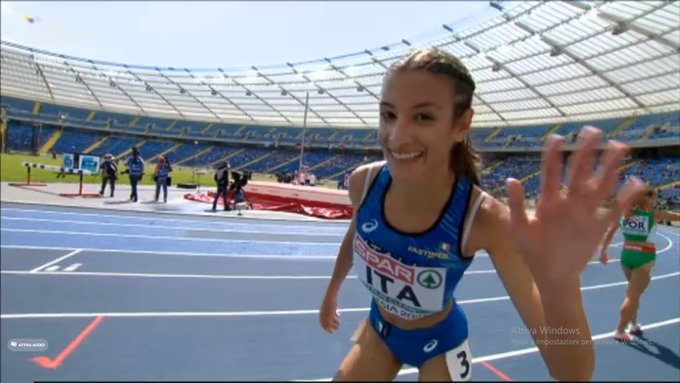 Italian, Nadia Battocletti, broke her first Italian senior record on Monday in the 3000m event at the Meeting de l’Eure in Val-de-Reuil. She clocked an 8:41.72 performance at the World Indoor Tour Silver Meeting.

Nadia Battocletti 🇮🇹 became the third fastest Italian in history over 3000m at the Meeting de l'Eure in Val-de-Reuil with 8:41.72. ⏱#WorldIndoorTour

Ethiopia’s Ayal Dagnachaw won the race with a big kick in the time of 8:41.32. It was her first time racing the distance.

For Baclogetti, she improved on the previous record which was held by Sylvia Weissteiner from the 2007 European Indoor Championships in Birmingham.

The 21-year-old Italian finished seventh at the Tokyo Olympic final in the 5000m event with her 14:46.29 performance. According to World Athletics performance rating system, her 5000m outdoor and 3000m indoor bests are almost identical at 1190 and 1191 points, respectively.

Kipruto held off 17-year-old World Under-20 800m bronze medallist and fellow Kenyan, Noah Kibet, and Morocco’s Mostafa Smaili to win in the time of 1:47.05.

Both Kibet and Smaili ran 1:47.27, however, the win was awarded to Kibet who took second place.