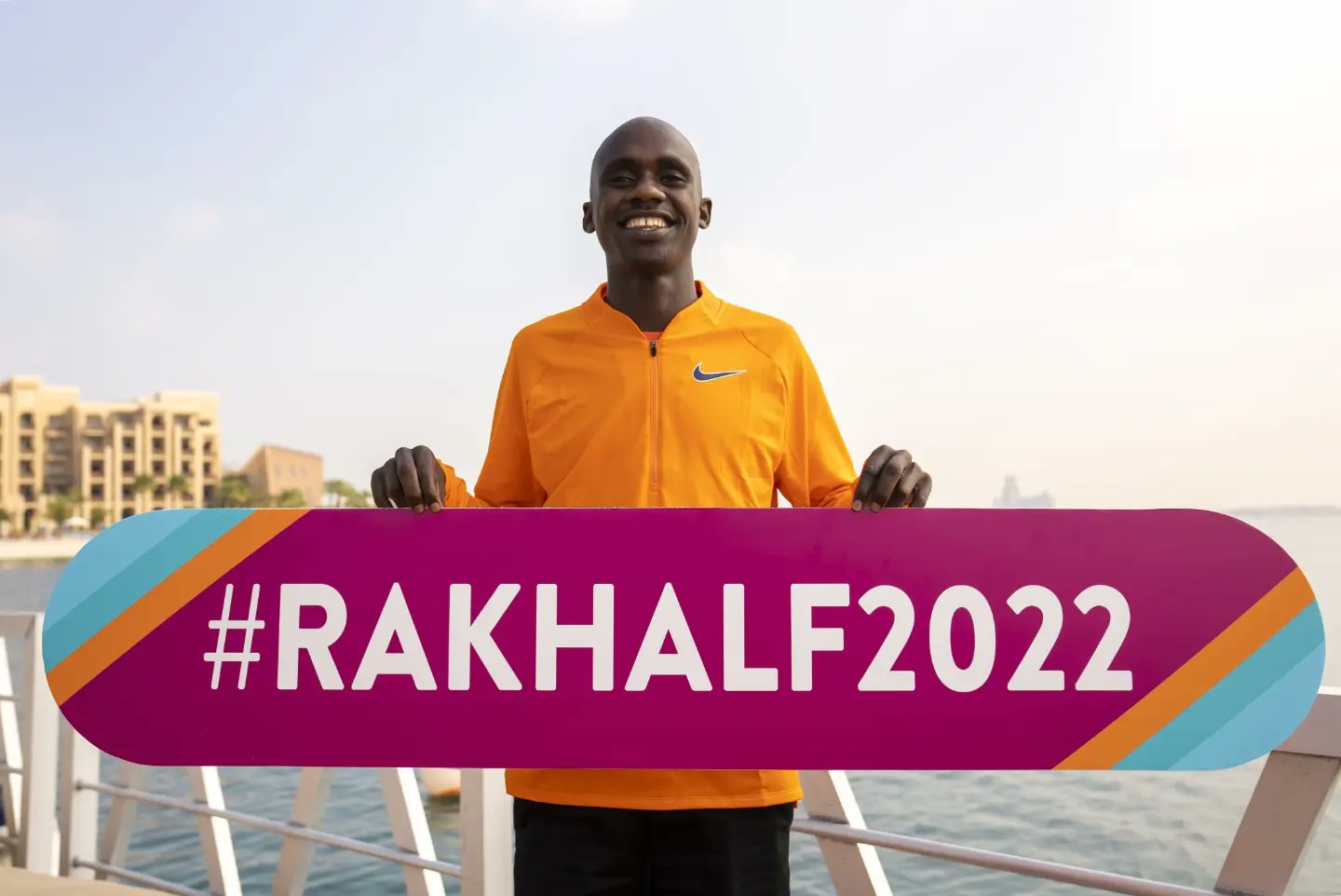 Uganda’s Jacob Kiplimo and Ethiopia’s Girmawit Gebrzihair won the Ras Al Khaimah Half Marathon on Saturday. They also ran to course records finishing in the time of 57:56 and 64:14 respectively.

Kiplimo’s goal was the world record of 57:31, which he set on the Lisbon course in November 2021.

Saturday, he set out hard. the first 5K was passed in 13:23 and 10K in the time of 26:56. At 10K he had an approximate 80m lead over Kenya’s Rodgers Kwemoi. A chase group included Daniel Kibet, Kiprop Renju, Alexander Mutiso, Kennedy Kimutai, Daniel Kibet, Amedework Walelegn, Abel Kipchumba, and Seifu Tura.

The place slowed, however, the athletes continued to put out a strong effort over the final 5K or so.

Six athletes bettered the course record of 58:42, which was set by Kenyan Bedan Karoki in 2018. Fellow Kenyan Stephen Kiprop ran the exact same time the following year. Saturday, Kwemoi finished second in the time of 58:30, while Renju was third in 58:35.

Girmawit Gebrzihair at just age 20, had a brilliant debut half marathon with a new course record of 64:14. This is also the second-fastest women’s debut all-time. Only Letesenbet Gidey of Ethiopia debuted faster with the world-record performance in Valencia in Oct. 2021. She ran a stunning 62:52.

Gebrzihair was known for her 10,000m performance at Hengelo nearly three years ago, clocking a 30:53.53 as a teenager.

The leaders went through 5K and 10K points in 15:12 and 30:28 respectively. Two-time Olympic silver medallist Hellen Obiri was in the mix. The pack also included Kenya’s Sheila Chepkirui and Ethiopia’s Bosena Mulate. Nine women ran under 69 minutes. Kiprotich, Obiri and Gebrzihair were all under 65. Obiri recorded a 64:22, while Kiprotich clocked a 64:36 finish time.

In the Arena Stade Couvert, in Liévin, France, Norway’s Jakob Ingebrigtsen broke the world 1500m indoor record with his 3:30.60 running on Feb. 17. It is his first world record, however, he also owns seven area, or national records or national bests in distances from 1500m to the 10K on the roads. His outdoor 1500m best is an impressive 3:28.32.