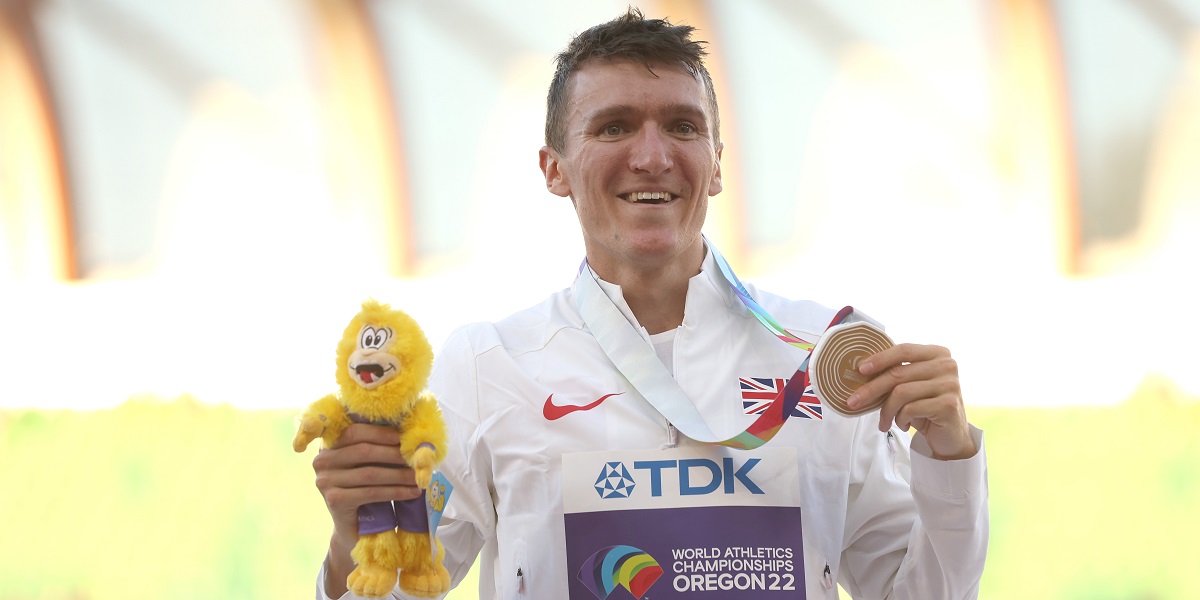 World 1500m champion Jake Wightman has been nominated for the 2022 BBC Sports Personality of the Year award (SPOTY).

The 28-year-old won bronze in the 1500m event at the Birmingham Commonwealth Games. It was his second CWG bronze medal, as he had finished in the same position at the Gold Coast Games four years prior.

The Scot’s World Championships win was a stunner over Olympic champion Jakob Ingebrigtsen of Norway. For the SPOTY, he has notable domestic support including from Eilish McColgan who also had a tremendous year in athletics.

Thanks for so many lovely messages today! Your support hasn't gone unnoticed.🥰

It's been an honour to receive some incredible sporting awards this year -a really special 2022!💫

But only one athletics nominee for SPOTY this year – let's ALL get behind @JakeSWightman!🥳🙌 Hero!

Mariano Garcia of Spain narrowly beat him at the line for the silver medal.

His father and trainer Geoff Wightman was announcing over the public address system in Eugene when Jake won gold. It was an emotional moment. The Wightmans are an athletic family. Geoff represented England at the 1990 Commonwealth Games in the marathon in Auckland, New Zealand. His mother Susan Tooby, and his aunt Angela Tooby represented Great Britain at the Summer Olympics that took place in Seoul, Korea in 1988.