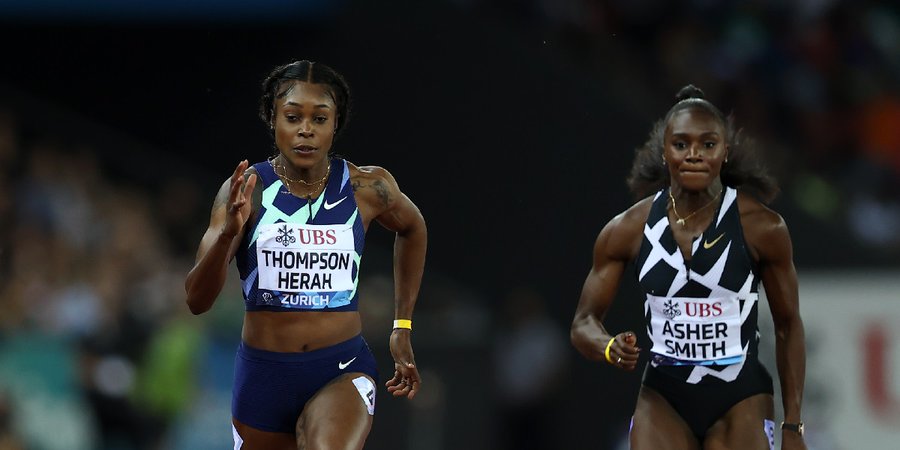 Jamaica swept the podium during the women’s 100-metre sprint at the Eugene World Athletics Championships in Oregon this summer. Shelly-Ann Fraser-Pryce, Shericka Jackson, and Elaine Thompson Herah will toe the line again Friday, August 26 in Lausanne, Switzerland in an attempt to go 1-2-3 once again.

Another double for the books Happy Independence Jamaica. Thanks to all my supporters ❤️ stay tuned more to come 📝.
@neweratrackclub
@andisportsmanagement @pumaperformance

The race is expected to be a preview of the Diamond League finale taking place on Sept. 7-8 in Zurich, Switzerland.

The race should be electric as Fraser-Pryce, with her season-best, world-leading time of 10.62 seconds (Monaco), will be racing to extend her unbeaten run and possibly get below 10.6 seconds.

Jackson, who finished second in Monaco with a season and personal best 10.71 performance, will be looking to cap a busy 2022 with a win. Thompson Herah has a season-best of 10.79. She is coming off a brilliant show at the Birmingham Commonwealth Games.

False start rule to be addressed

World Athletics Council member Antti Pihlakoski is calling for the rules governing reaction times to be addressed. This is after the controversial disqualification of American Devon Allen from the 110-metres hurdles final at the Eugene World Championships in Oregon.

Allen false started by 0.001 of a second at the World Athletics Championships.

The governing body’s regulations require athletes to have a minimum reaction time of 0.10 of a second recorded electronically.

It is a terrible rule. Athletes, media, coaches and fans have voiced the opinion that the rule is antiquated.

Therefore, Pihlakoski has revealed that he is asking for an investigation into the meet.

Check it out! Not the ending I wanted but the story continues https://t.co/8p1SgLxN4Q

“I have requested a related explanation and a change to the reaction time rule,” said Pihlakoski.

The World Championships being held for the first time in the U.S. had an opportunity to showcase the 110m hurdles to non-athletics fans, as Allen signed a three-year contract with the National Football League’s Philadelphia Eagles. He competed at the University of Oregon. NFL fans, especially in Oregon and Pennsylvania were likely very curious about his sprint speed. It was an opportunity lost.