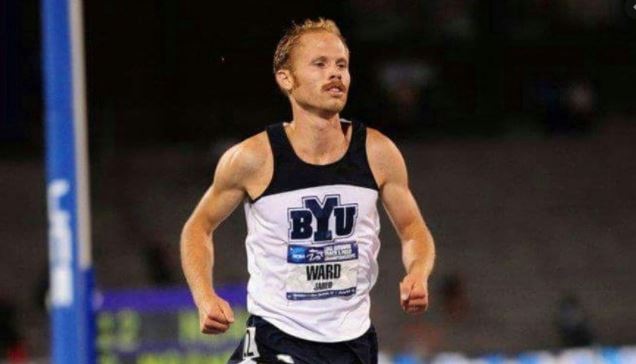 American marathon runner Jared Ward is going after a new personal best this Sunday at The Marathon Project happening in Chandler, Arizona. He has run as fast as 2:09:25 in the 2019 edition of the Boston Marathon. He wants to improve on that time.

The front pack includes a collection of marathon runners who own personal bests that on the right day are within striking distance of each other. There is Cameron Levins with the exact same personal best, which is the Canadian record. There is also fellow American Scott Fauble who narrowly beat Ward at the 2019 Boston Marathon finishing in 2:09:09.

The number one seed is Eritrean Amanuel Mesel Tikue, who has run as fast as 2:08:17, but it has been seven years for the 29-year-old since that Valencia performance.

Ward told Athletics Illustrated, “I am hoping for a PR. My result in London (2:12) two months ago came up short of my goals for that race,” said the 32-year-old father of four. “But the fast pace early in the race made me feel confident that with the right training I could run 2:08. So, my goal for this fast, flat course is to run a PR, run 2:08, and race the field!”

Ward knows his numbers. He has a master’s degree in statistics. He teaches statistics at Brigham Young University where he graduated from.

As few races are on the global schedule, the athletes that toe-the-line Sunday will be taking this race as seriously as any other. Should Ward run into the 2:08s, he will likely push, pull or drag Levins, Fauble, and company to knew bests — everyone claims to be fit.

“I had some great long runs and higher weekly volume than I’ve had in years. Now, this is still a shortened build-up (London was only 10 weeks ago), and I’ve never paired two marathons this close together, so there are some unknowns — but I feel good.”

Fauble said that he is ready to race hard and has no plans to help anyone in the race. They can be friends later, he suggested. He told Athletics Illustrated, “I am of the opinion that resumes don’t matter when the race is happening, so I don’t really care about anyone in the race’s credentials. We’re racing. I am not going to help anyone. I am trying to win.”

“I think I’m ready and I’m excited to find out. Now, this is a field of hungry marathoners, but I’d love to see a good group helping each other sustain these PR paces — that is, until 1 mile to go. I’m excited to work together and to race!”

Not only does he feel good, but strangely, he enjoys the marathon taper.