Erythropoietin also known as EPO is an essential hormone for red blood cell production and is banned in competition.

If the latter athletes do not test positive or have been already tested and are cleared, it is likely that they will move up a position and Sumgong will have her results expunged and banned for two years.

The sixth-place finisher, Shalane Flanagan, of the US finished less than one and a half minutes outside of first place in 2:25:26. She was recently announced by the International Association of Athletics Federations officially as the 10,000-metre silver medallist from the 2008 Beijing Olympics as she moved up from the bronze position because of Turkish athlete, Elvan Abeylegesse, tested positive for Stanazolol, an anabolic steroid.

A first-time ban typically results in a two-year ban.

In the London Marathon Sumgong finished ahead of Tufa Tigist of Ethiopia and fellow Kenyan Florence Kiplagat. They finished in the time of 2:23:03 and 2:23:39 respectively. Sumgong is credited with 2:22:58.

Sumgong finished second to drug cheat Rita Jeptoo during the 2013 Chicago Marathon. They finished in 2:19:57 and 2:20:48 respectively. The third place and fourth place finishers are Ethiopians Atsede Baysa and Ehitu Kiros in 2:26:42 and 2:27:42.

More to come in the outfall from this positive drug test.

First Kenyan athlete of 2021 banned for doping offense, brings total to near 60 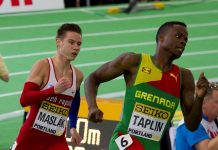 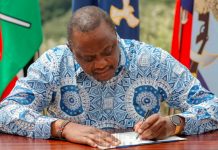 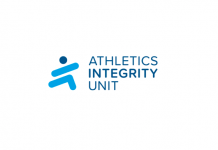 Suspended New Delhi laboratory had positive test rate of 4.6 per cent in 2019