The Olympian has been an ever-present in GB & NI cross country squads throughout her career, competing in every age-group team and in the mixed relay over the last 10 years.

Following a fourth-place finish in the senior women’s race in Dublin last year, the Blackburn Harrier has her sights set on another strong showing for the British team at the Piemonte-La Mandria Park this weekend.

Warner-Judd made her GB & NI cross country debut ten years ago in the U20 race in Budapest where she was part of the gold-medal winning team. She also won individual U20 silver and U23 bronze in 2014 and 2017 respectively and has been part of gold-medal winning senior teams over the last few years.

On receiving the captaincy, Warner-Judd said, “I was a bit shocked to be asked. I have never been a captain before, so it was really nice to be given the honour. Alex (Bell) did a really good job at motivating the team last year, so I hope I can do the same for the team ahead of the races on Sunday.

“My message to the team will be to enjoy the experience. I have been really lucky during my career to compete in the GB team as an U20, U23, senior and I have even been in the relay team. It is such a great group to be a part of, so I want all of the team to enjoy it and use it to try and make teams again in the future.”

On her own targets for the Championships, she added, “I feel like I am in really good shape heading into these Championships. I was slightly disappointed not to medal last year, but I look back and think fourth place was really good because it was a stacked field.

“I want the team to do well; we have a really strong group of girls, and I am really excited to be a part of it. It gets tougher to make this senior women’s squad every year. It is not a given, because there is so much depth in the UK. I don’t take these opportunities for granted anymore so I am really looking forward to it.”

Team Leader, Chris Jones commented, “Jess is a great role model for the team, and an excellent ambassador for cross country running in the UK. Her commitment to the discipline throughout the age-groups has been rewarded over the years with several individual and team medals, but it has also contributed to her successes on the track and road as well. Jess has several GB & NI caps to her name, so she has a lot of experience that she can pass on to the team here in Turin, so she is the perfect choice to captain the team this weekend.” 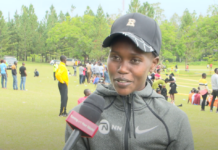