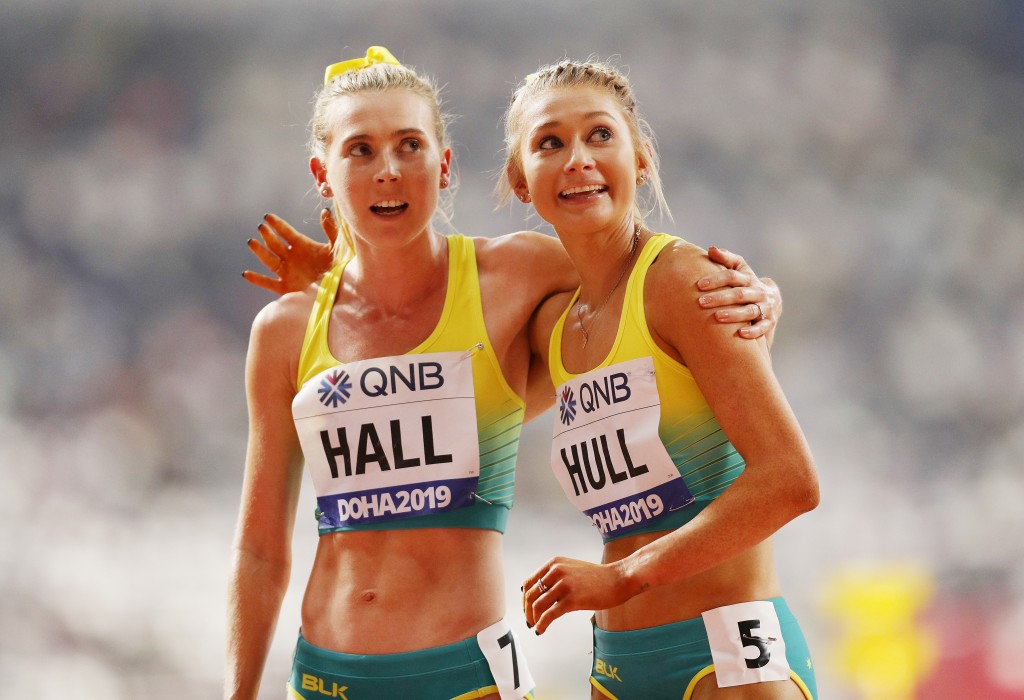 And at 23 years of age, the party might just be getting started.

At ISTAF in Berlin overnight, Hull ran a scorching 4:00.42 to clinch the 1500m Australian and Oceanian record previously held by Linden Hall (4:00.86), good enough for third placing in a world-class field and the fifth-fastest time in the world in 2020.

So unique is her versatility that she is the first Australian woman to hold both the 1500m and 5000m national records simultaneously in 23 years, a welcomed attribute ahead of Tokyo next year.

Hull executed the race to perfection in Berlin, establishing a positive position in the front half of the field of 16 women into the first bend. With the hot pace ensuing a single file formation, the Australian bided her time and gradually progressed over the journey.

“To have the 1500m record now is pretty special, that’s the one that I was gunning for and the 5000m was a bonus along the way.”

With race leader Laura Muir in control as the pilot, Hull locked horns with England’s Lisa Weightman in an enticing duel over the final lap. It was Weightman who would prevail by the narrowest of margins, dragging Hull to the now national record.

Whilst Hull ticked that box, she has already shifted her focus to next year, such is the mindset of the champion.