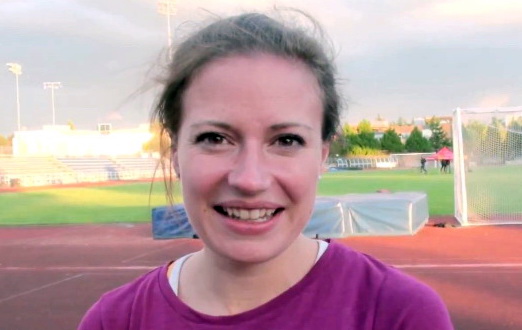 Wodak, who calls Vancouver home, made the team regardless, as she qualified for the longer 10,000-metre distance event. She is the Canadian record holder with her best of 31:41.59. She also competed in the 2016 Rio Olympics. Gomez, a Canadian-American, will not be competing in London.

For Calgary’s Jessica O’Connell, making the team required finishing first or second at the nationals as she had already run under the qualification standard of 15:22. Seccafien won, O’Connell finished second. Mission accomplished.

O’Connell and Toronto’s Seccafien had already run 15:20.77 and 15:16.79 in advance of the Ottawa event that was hosted by the Ottawa Lions Track and Field Club.

“My main objective at nationals was to place in the top-two, which would secure my spot on the World’s team. Knowing that both Andrea and Sasha are very strong and speedy runners, I tried to take the safest risks I could to put myself in a top-two position,” said the Rio Olympian. “This worked! I really commend Tasha Wodak and Kinsey Gomez for doing much of the work through the race and setting a strong pace, which resulted in one of the fastest 5,000m races we’ve had at Nationals in quite a while!”

“My goal for London, of course, is to be competing in the final. This hasn’t happened yet (at a global championships), but my experience racing in the Olympics last year has taught me a bit more about what to expect in championship heats. I have a few weeks of training left to get myself as fit as possible to try and make that happen! I have one more grinder in Huesden before the big dance!

The Night of Athletics takes place in Huesden, Netherlands on Saturday, July 22.