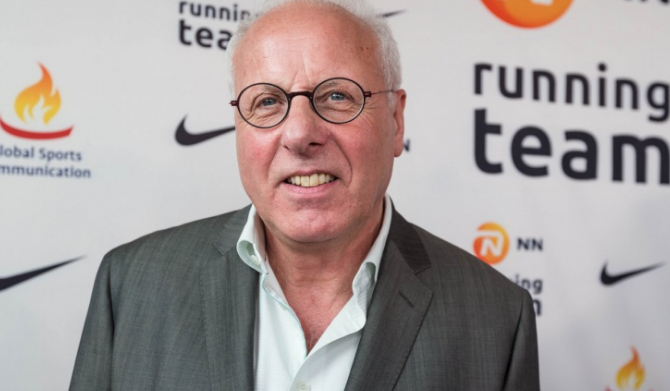 Dutch agent, Jos Hermens, who represents the two all-time greatest marathon runners Eliud Kipchoge and Kenenisa Bekele told Athletics Illustrated that the Ethiopian Athletics Federation (EAF) nominated Bekele to run in the Tokyo Olympic marathon. This, despite him choosing not to run in the trials.

“It was announced today, during a press conference that EAF has chosen Kenenisa to run for Ethiopia at the Tokyo Olympics in Sapporo,” said Hermens.

The showdown has long been anticipated between the two East African runners. Ethiopia and Kenya have long been very competitive against each other in the sport of athletics. Kipchoge currently holds the world record at 2:01:39, which he achieved in the 2018 Berlin Marathon, while Bekele clocked a 2:01:41 in Berlin the following year in inclement weather.

Asked of Kipchoge, often referred to as “the Buddha of running” if he has received the lion’s share of attention when Bekele’s run was arguably at least as good (considering the weather of Berlin 2019), Hermens replied, “It comes down to personality and it comes down to stability. Bekele has more talent, which was demonstrated on the track, but Kipchoge has been more stable over the marathon.”

“For example, it was originally to be Kenenisa to attempt the sub-two-hour marathon with Nike’s project, however, his condition can be less predictable. Kipchoge takes the time and prepares for two marathons per year very carefully. For Nike, he was more reliable in that sense.”

Haile Gebrselassie was nicknamed the Emperor and considering Kipchoge as Buddha, asked which nickname he would give Bekele, Hermens laughed and said, “he is The Lion. He is fierce and is a fighter, but he also can be lazy.”

“Kenenisa had a short build-up for Berlin 2019, as he got himself out of shape and was a little heavy. He usually doesn’t train in Europe, but we brought him there and worked with him. Like the lion, he got himself to the race in good shape and fought hard. At one point he let the leaders go and worked hard to catch them and to finally win. It was a fantastic race on his part with very even splits.”

The EAF organised the Ethiopian Olympic Trials for last Saturday in Sebeta City, Ethiopia, a town located in the geographical centre of the country at more than 7300 feet (2,356m) of elevation. They chose to run the athletes over 35K, in cool temperatures and at elevation, none of which replicate the environment that the athletes will face in Sapporo. The Japanese city on the island of Hokkaido is located 800K north of Tokyo. Sapporo sits at sea level and the temperatures will be mild to warm. Hermens is perplexed as to why EAF would choose the venue and distance that they did.

“You know, I have no idea why they chose 35K, the race begins at 32K. And a venue that is located at elevation with cool conditions,” added Hermens. “It doesn’t make any sense. That is why Kenenisa chose not to run the trials. In the end, they chose him to represent Ethiopia. Also, it has to do with politics. There were supposed to be 12 in that race, but in the end, only six started. So he wasn’t the only one who chose not to run.”

Hermens feels that EAF has made blunders in the past when choosing teams. He represented Gebrselassie (2:03:59). “They decided to not take Haile in 2012. Here, we had the fastest marathon runner. That was a mistake. If they would have taken him, he would be the Olympic champion.”

Asked what he expects to happen in Sapporo on August 8, Hermens said, “They won’t go for a fast time as there are no pacers, as you know. The temperatures will likely be warm, so they will race each other. Someone else in the field might try to make a name for himself, but Eliud and Kenenisa have the fastest 10K times, so they will go at 32K into the race. Don’t forget Lelisa Desisa, he won in Doha, so he can perform in the heat. So, it should be between the three of them.”

Desisa is an Ethiopian marathon runner who owns a best of 2:04:45, won gold during the 2019 Doha World Athletics Championships and has finished top-three in at least eight major marathons including wins in New York and Boston twice. His 10,000m best is a strong 27:11:98.

Desisa participated in the 2016 Nike Breaking2 sub-two-hour attempt where Kipchoge ran to a 2:00:25 clocking but fell off the pace at 18K. The 32-year-old has rebounded since with a New York City Marathon win in 2018 finishing in the time of 2:05:59.