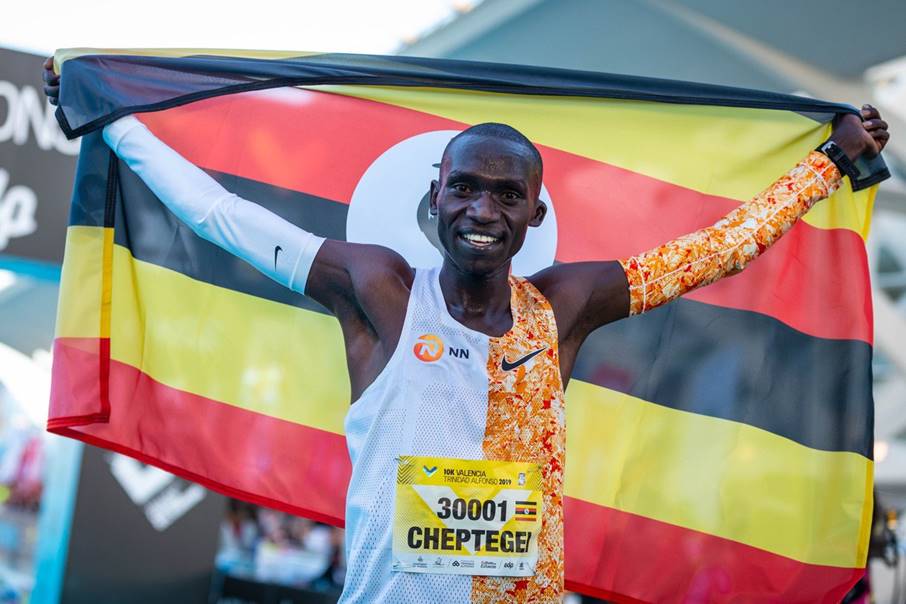 Joshua Cheptegei of Uganda has just set a new 10km world record on the road during the Valencia Trinidad Alfonso 10k in Spain. In a time of 26:38 Cheptegei sped to the fastest time ever on the distance previously held by the Kenian Leonard Komon with a time of 26:44.Joshua Cheptegei who is the current 10,000m world champion and won the IAAF World Cross Championships earlier this year in Aarhus, Denmark wanted to close out his season in a special way and set to Valencia with the time of Komon in the back of his mind.

An ecstatic Cheptegei shortly after the race: “World Cross Champion in Denmark, 10,000m World Champion in Doha and now the world record here in Valencia. What a year it has been. I can’t believe it! I knew that Valencia was going to be a really fast course, one of the fastest in the world. So to get to achieve what we came here for is something really special. This year has made me so happy.”