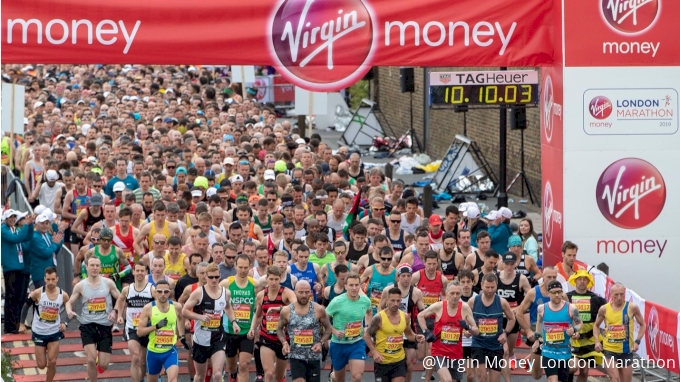 Philip Sesemann was the first British runner clocking a 2:12:58 for seventh place. Ethiopian, Shura Kitata, was the pre-race favourite, however, rolled in for a sixth-place finish in the time of 2:07:51 – slow by his standards. The 25-year-old finished in second place during the 2018 London Marathon clocking a 2:04:49.

The lead pack of men at 35K began to spread gradually, as the hard work set in. However, it wasn’t until two kilometres remained that Lemma dropped the others and achieved the clear and decisive win.

Kenyan Brigid Kosgei, the world record holder from Chicago 2019 at 2:14:04, was the pre-race favourite, however, it was compatriot Joyciline Jepkosgei who took the win. Kosgei, who took silver during the Tokyo Olympic Games Marathon in Sapporo, finished fourth in the time of 2:18:40. She was going for her third consecutive London win.

It may have been a case of not recovering from the Tokyo Olympic Marathon as Isreal’s Lonah Salpeter and Kosgei did not have the races that they were looking for, while a fresh Jepkosgei did. As did Britain’s Charlotte Purdue, running a lifetime best after being left off the Olympic team. London was for Purdue an opportunity to demonstrate that British Athletics should have sent her to Sapporo. She clocked a 2:23:36 finish time for 10th place.

Similar to the men’s race the women’s placings began to be sorted after the 35K marker. Jepkosgei pushed her competitors hard, not unlike how Peres Jepchirchir ran with great gusto to take Olympic gold over Kosgei in Sapporo in August. Salpeter did run well though, taking fifth place in 2:18:54. Her best is the national record at 2:17:45 from the 2020 Tokyo Marathon.

American Shalane Flanagan running all six major marathons this fall finished in the time of 2:35:04 to win the mass participation event. The week prior she finished the Berlin Marathon in the time of 2:38:32, winning the masters (40-plus) division both times. She is planning to also run the Chicago, Boston, Tokyo and New York Marathon over a seven-week spread.