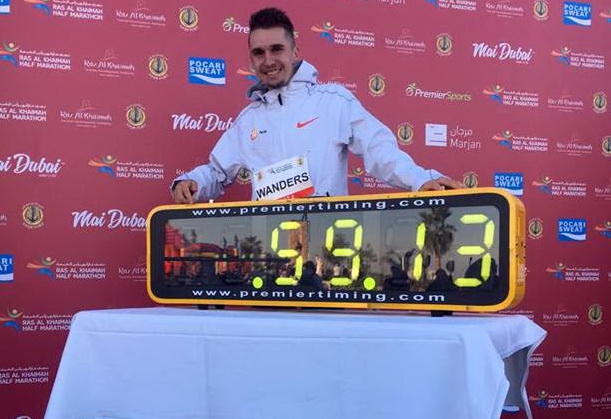 On February 8th, 26-year-old Swiss athlete Julien Wanders shattered the European half-marathon record, by running a 59:13 in Ras Al Khaimah, UAE. The previous European record was held by British athlete Mo Farah at 59:32 from Lisbon, Portugal in March of 2015.

Wanders has had his eye on this record for a while and has been preparing over the past months at altitude in Kenya specifically for this race.

“We don’t set any limits,” said Wanders when asked about his training set-up in Kenya. “I have a great group around me, they push me further. The mentality of the team is very nice.”

The victory, however, went to Stephen Kiprop who crossed the finish line in the time of 58:42 with a new personal best for the 19-year-old Kenyan athlete.

Wanders next race will be the Hercules 5K road race in Monaco on February 17.