Race officials in Kenya announced that June 6 is the new date for the Eldoret City Marathon originally scheduled for April 11.

Race director Moses Tanui said, “I want to thank the president for opening up the sports events and athletes are going on with the registration process. The route marking had also been done and we are just waiting for the day.”

Apparently, already more than 400 athletes have registered for the race.

The race has a prize purse of Sh3.5 million with the top 20 athletes being recognised.

The last time that the Eldoret City Marathon was run in 2019, Valary Aiyabei won in the time of 2:27:17 with Vivian Kiplagat back more than half a minute for second place in the time of 2:28:06 and Elizabeth Rumokol took third at 2:33:01. 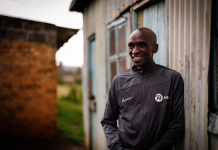