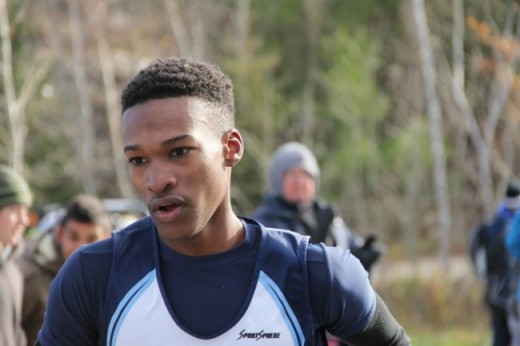 One of Canada’s best performances at the 2014 IAAF World Junior Track and Field Championships that took place in Eugene, Oregon from July 22nd to July 27th was by Vaughan, Ontario’s Justyn Knight in the 5,000m distance. Knight finished in 8th position amongst the best junior athletes from around the world. The performance was a big personal best, where he finished in the time of 14:08.93. His performance was excellent, but not a surprise as the 18-year-old also ran personal bests in June in the 1500m distance with his 3:47.39 and 3,000m in 8:07.95; his future looks bright.

“I was happy that I could improve so much and run a fast time. It was a huge improvement compared to my 5,000m time from last year at nationals and also my 5,000m this year at nationals (14:43.69). However coming in 8th was a huge reality check. There’s no doubt that I am glad to have finished 8th in the world, but at the same time it’s a reminder that there’s arguably seven amazing runners that are stronger than me. I am proud to have had this huge accomplishment; I can only continue to work hard trying to improve.”

Considering his strong spring, Knight was expecting to perform at a new level in the 5,000m, when asked about this, he said, “My expectations going in were fairly high but reasonable. I did not really care to much what I ran time-wise; because the talent on the track was bound to carry me through fast (as long as I ran a personal best I would be satisfied). Place-wise I knew that everyone there was an elite athlete so no one was going to just let you beat them. I had a one goal, which was stay with the Kenyans and Ethiopians as long as possible and try to finish somewhere within the lead pack.”

Three of the runners in front of Knight also ran personal bests during the race including the two Ethiopians who finished 1-2 with Yomif Kejelcha winning in 13:25.19 and Yasin Haji who finished in 13:26.21. Interesting to note, Knight was beaten only by athletes from African nations including Kenya, Ethiopia, Uganda and Eritrea; traditionally they are the strongest distance running countries. Knight was the first non-Africa-based athlete to finish.

As is customary in championships type races, the pacing wasn’t even, as Knight shared “From the gun I decided that I was going to try and stay with the lead pack for as long as possible. Sometimes you have to take risks, but I made sure my coaches approved of the tactic before the race. I was able to keep up with the pack for nine laps. During these nine laps I noticed that we weren’t running a consistent pace every lap; I caught myself hanging on their tails while they made 200m surges. However after nine laps instead of surging every 200m it changed to a surge every 300m. Then they dropped me and I ended up being caught in no-man’s land. Eventually with 800m left one of the Japanese runners passed me. I was aware of the move he made, but while I was running, I listened to his breathing and looked at his stride and made the assumption that he didn’t have much left in the tank. So I let him lead the remaining laps until 250m to go. At this point I was able to close with a 27 second 200m. The overall experience of running world juniors was something special. I’m so blessed to have been able to compete for my country.”

According to the IAAF, the world junior championships was Knight’s first experience representing Canada in international competition, however, on February 22nd he competed in the North American, Central American and Caribbean Cross Country Championships (NACAC) that took place in Trinidad and Tobago. He helped Team Canada earn a silver medal, by being the second Canadian finisher and fifth overall. February 27th he committed to compete for Syracuse University for the 2014 and 2015 season.

In High School, Knight was a competitive basketball player, but chose to specialise in athletics for his final year of school. Doing so proved fruitful as he went undefeated during the cross-country season. Knight capped his cross-country season with the club championships victory as well as his victory at the Ontario Federation of School Athletics Association (OFSAA) championships, he said, “I hope to specialize in the 5000 and the 10,000 metres. I believe that I could be a strong long distance runner. I will work with my coaches and trainers do figure out which events are best for me.”