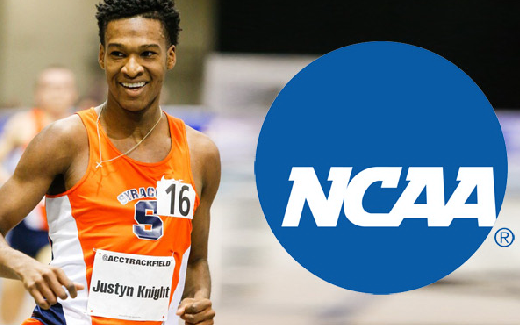 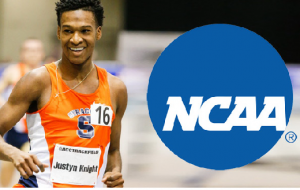 “The race played out the way I expected it would,” said the Toronto native. “I had a couple of theories of what would happen. I decided to play the race by ear. I knew Ches would be ready to go no matter how many races he took part in over the weekend. When he made his move with 600 to go, I tried to respond, however, he formed too much of a gap. I knew I was now leading the pack. Unfortunately I was just edged out with 50m to go.”

In regards to his upcoming outdoor season, Knight added, “My expectations for outdoors are the same as indoors. The one thing that the group of guys in that race and I share is our competitive edge, we all want to win a title and make our school and country proud. Is it realistic? Will it happen? I’m not sure, but I know if I set high goals I’ll accomplish a lot more on the way.”

“I’m happy with my indoor season and how I finished at NCAA Championship, however, I am not satisfied. I plan to continue to get better and improve as I continue training for the outdoor season.”