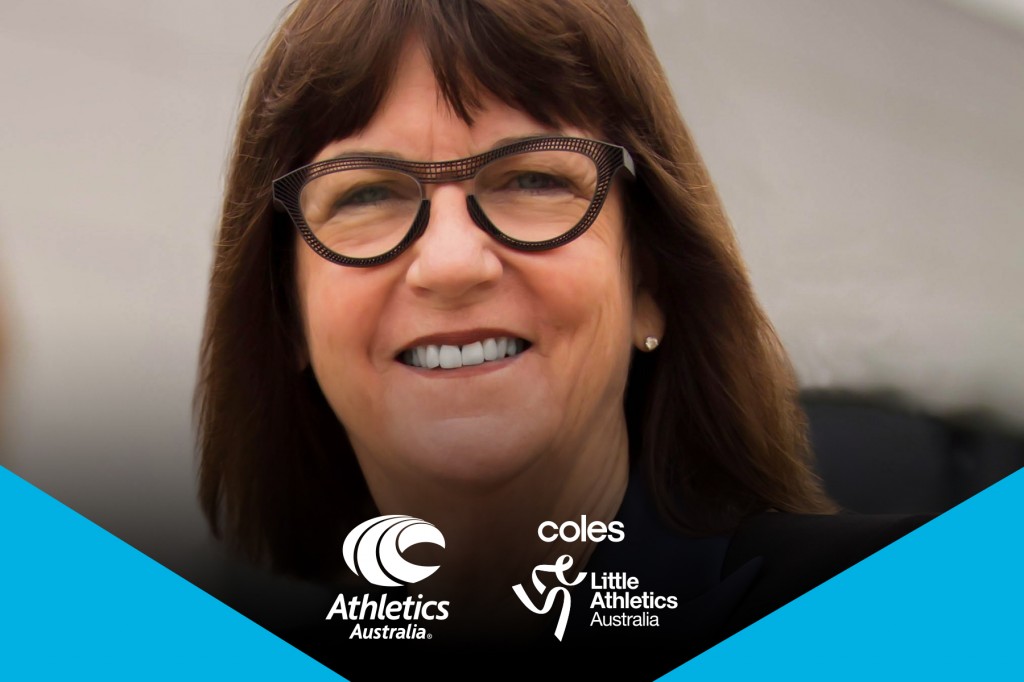 The Boards of Coles Little Athletics Australia and Athletics Australia announced by media release that former Sport Australia CEO, Kate Palmer has accepted the role of Chief Executive of OneAthletics for the next 12 months. Palmer will play a central role in driving the merger of the sport to become Australian Athletics and in the lead up to the Tokyo Olympic and Paralympic Games.

The purpose of Australian Athletics is to provide a clear and logical pathway for athletes, coaches, and officials throughout their life in the sport, and enable the sport to reach its full potential.

Darren Gocher and until recently Martin Stillman, the CEO’s of AA and LAA respectively, are providing support for the proposed merger, despite the uncertainty it has created regarding their future employment circumstances.

After four years in the role, AA’s CEO Gocher has indicated he will not be an applicant for the future Australian Athletics CEO role.

Gocher was the CEO of the successful Nitro Athletics event before taking on the Athletics Australia CEO role in 2017. He was instrumental in securing Athletics Australia’s major partnership with Coles, led the organisation through the challenging Covid-19 pandemic and the 2018 Gold Coast Commonwealth Games. His leadership has placed AA in a strong financial position and well placed for success at the Tokyo Games.

“On behalf of the Board and the athletics community, I wish to express my gratitude to Darren for the outstanding contribution he has made to the sport,” said Athletics Australia President, Mark Arbib.

“Darren has shown great commitment and dedication to our athletes, coaches and officials and we are in his debt. Our Board is thankful he will stay on to our National Championships in April.”

This coupled with the December 2020 resignation of the LAA CEO, Martin Stillman, after almost eight years in the role, provides the boards an opportunity to consider a new leadership structure that will deliver the merged entity, while continuing to drive the business of both AA and LAA. The boards have agreed to appoint a joint CEO for the OneAthletics process, accountable to both LAA and AA Boards.

The joint CEO, with the title of OneAthletics CEO, will focus on the detailed work of building a new NSO prior to the October 2021 merger vote. This is not a presumptive decision; AA and LAA recognise that any decision to merge rests solely with our state and territory bodies. The decision, however, will give OneAthletics every chance of success.

Kate Palmer is one of Australia’s most experienced and highly regarded sports executives, having formerly held the positions of Chief Executive Officer of Sport Australia (2017-2020) and Netball Australia (2007-2017). Palmer became the first woman to head Sport Australia and during her three-year tenure led the rebranding of the organisation, governance reform among national sports organisations and put in place safeguards to protect children in sporting environments. Over ten years at Netball Australia, Palmer maintained the game’s status as the highest participation sport for women and oversaw the introduction of its national league, Super Netball.

Palmer said she was looking forward to contributing to the future of Athletics in Australia.

“I am excited to be appointed to this role and look forward to working with the athletics community around the nation to transform athletics into the largest participation sport in the country.”

“There is a place for everyone in athletics and the vision for athletics in Australia is clear. To create a pathway that will drive life-long involvement from Little Athletics to juniors, seniors and masters.”

“Kate has been a long-time friend and supporter of Coles Little Athletics Australia and Athletics Australia. Having someone of Kate’s standing and experience leading our sport as we work towards a national merger is very gratifying,” said Pryor.

Darren Gocher will continue as CEO of AA in supporting the vision and mission of AA until 23 April 2021. In due course both LAA and AA boards will appoint an interim senior executive to protect the interests of their respective organisations as well as looking after day-to-day operating matters. This ensures strong leadership structures are in place to deliver a seamless transition in an Olympic and Paralympic year.

The boards of AA and LAA believe that the appointment of Kate Palmer as OneAthletics CEO, with a pathway towards the successful formation of Australian Athletics, is an important step in the unification of athletics in Australia.