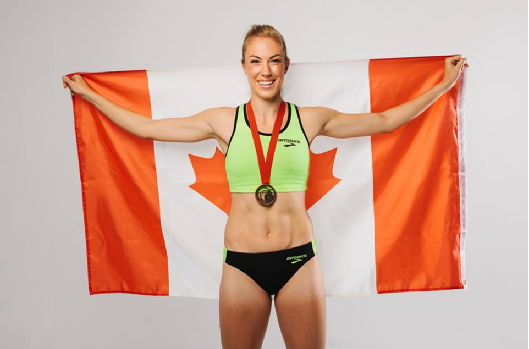 Hi, my name is Kate Van Buskirk and I love to run! I compete primarily in the 1500m but I also race the 800m and 5000m on the track and 5km, 8km and 10km on the roads. I am a hometown Brampton gal but have lived and trained in Toronto for the past 3 years. I’ve loved running since I was a little girl. I joined my first track club in grade six and developed an instant connection to the sport. Throughout high school my dedication to running grew, as did my success: I am an 8-time OFSAA medalist in track and cross-country, 3 of which were gold. Upon graduating, I received an athletic scholarship to Duke University in North Carolina where I was a 2-time All-American and set an NCAA record.

Since returning home from university, my athletic career has taken off: I was 4th at the 2012 Olympic Trials, one spot short of making the Canadian Olympic team. In 2013 I won the Canadian National Championships and secured a spot on my first ever World Championships team, competing in Moscow, Russia. In 2014 I repeated my victory at the National Championships, qualifying for the Commonwealth Games in Glasgow, Scotland. This was one of the most exciting experiences of my athletic career, as I not only made my first major international final, but I won my first international medal for Canada: the bronze in the women’s 1500m!