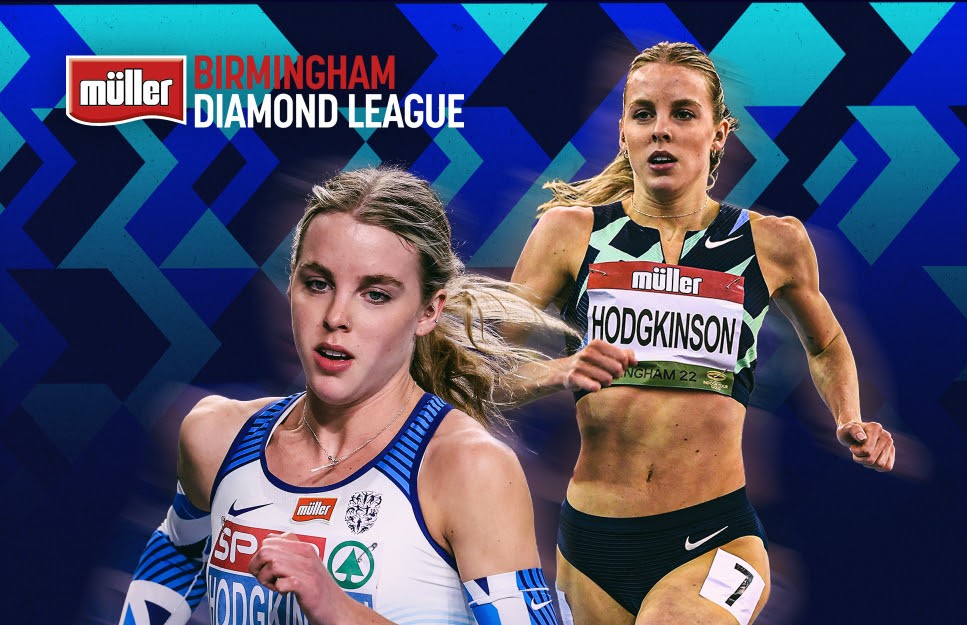 Olympic 800m silver medallist and British record holder Keely Hodgkinson will put her World Indoor Athletics experience behind her, to return to Wanda Diamond League action at the Müller Birmingham Diamond League at the Alexander Stadium on Saturday 21 May.

The prodigious young talent, who turned 20 earlier this month, was favourite to take the world indoor gold in Belgrade after smashing the British indoor 800m record in February clocking 1:57.20, the fastest time indoors for 20 years but unfortunately had to withdraw due to a strain to her right quad muscle.

In a year stacked with competitive opportunities including the World and European Athletics Championships and potentially the Commonwealth Games, the Leigh Harrier – who ran 1:55.88 in Tokyo to break Dame Kelly Holmes’ long-standing national record – was unwilling to take an unnecessary risk. However she is now earmarking Birmingham as the ideal way to start her summer campaign.

“Last year was incredible from start to finish which I think made the decision to come out of the world indoors even harder,” says the 2021 European indoor and Wanda Diamond League champion. “I obviously went to Belgrade to win gold and I didn’t even make the start line, so I was gutted. I’ve never had to pull out a race before, but it’s about looking at the bigger picture and making sure the problem is fixed and doesn’t reoccur.

“I’ve still got a lot to learn as a professional athlete and that experience, which was pretty upsetting at the time, taught me a lot. I’m grateful to have such a brilliant team around me to support me and I’m already making good progress. I got back to running within about ten days, which was what we had hoped for, and I’m now totally focused on my return to full fitness and to winning medals at the big championships this summer. I’ve got high expectations, but I’m at my most comfortable on the track and I can’t wait to kick off my summer campaign in Birmingham.”

Müller is the title partner for the Müller Birmingham Diamond League on 21 May. They are a proud supporter of British Athletics, and they aim, through their products and partnerships, to encourage people to live happier and healthier lifestyles.

The Wanda Diamond League comprises 14 of the best invitational track and field meetings in the world. The meetings are spread across Asia, Europe and North America, and make up the top tier of World Athletics’ global one-day meeting competition structure. In the first 13 meetings, athletes earn points in a bid to qualify for the Final in Zurich on September 7th and 8th, where they have the chance to be crowned Wanda Diamond League Champion in their chosen discipline.