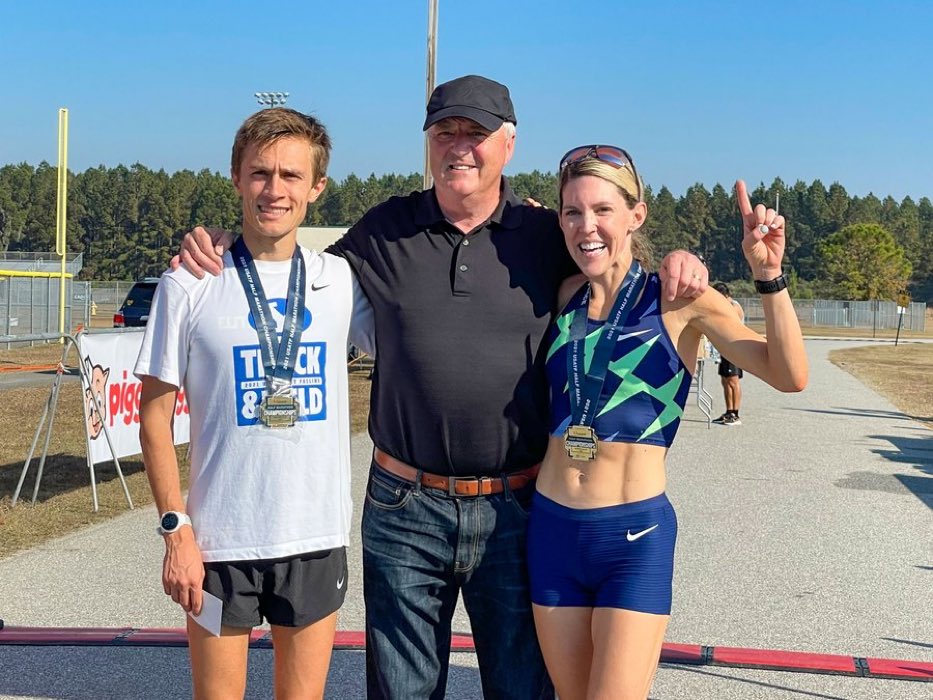 Conner Mantz of Provo, UT won the USATF Half Marathon Championships Sunday in Hardeeville, SC. He won in the time of one hour and 55 seconds in his debut over the distance. Finishing second was Sam Chelanga in the time of 60:59, while Nico Montanez clocked a third-place finish of 61:13.

Congratulations to Conner Mantz and Keira D’Amato, the winners of the USATF Half Marathon Championships presented by Toyota USA! 👏👏👏

D’Amato ran to a win in 1:07.55, while reigning NCAA Cross Country champion Mantz broke the tape in 1:00.55.
#USATF #JourneyToGold pic.twitter.com/I48j3tXLQX

The finish came down to a furious kick.

Morgan Pearson, Sam Chelanga, Lawi Lalang, and Augustus Maiyo were leading the race early on. The athletes took turns in front throughout. At 16K (10-miles) Lalang began to lose touch with the leaders.

During the final two kilometres is was down to Montanez, Chelanga and Mantz.

Keira D’Amato from Richmond, VA went to the front, took a few runners with her and continued to press the effort throughout, gradually dropping the competition one at a time until she was the last woman standing. It was a dominating performance.

Running with D’Amato for the first 5K were Allie Kieffer, and Natosha Rogers. The tree led the chase pack by a few seconds. In that chase pack were Makena Morley, Erika Kemp, and Lauren Paquette.

They clocked approximately 16 and 32 minutes over the first 5K and 10K.

During the second half of the race, the chasers struggled to keep up while D’Amato continued to push harder adding a growing gap as the kilometres slipped by.

For the 37-year-old D’Amato it was a new personal best performance. She previously ran as fast as 70:01 at the 2020 Houston event. It was Rogers’ debut at the distance, while. Lindwurm improved upon her own best of 71:45 which she set in April this year.