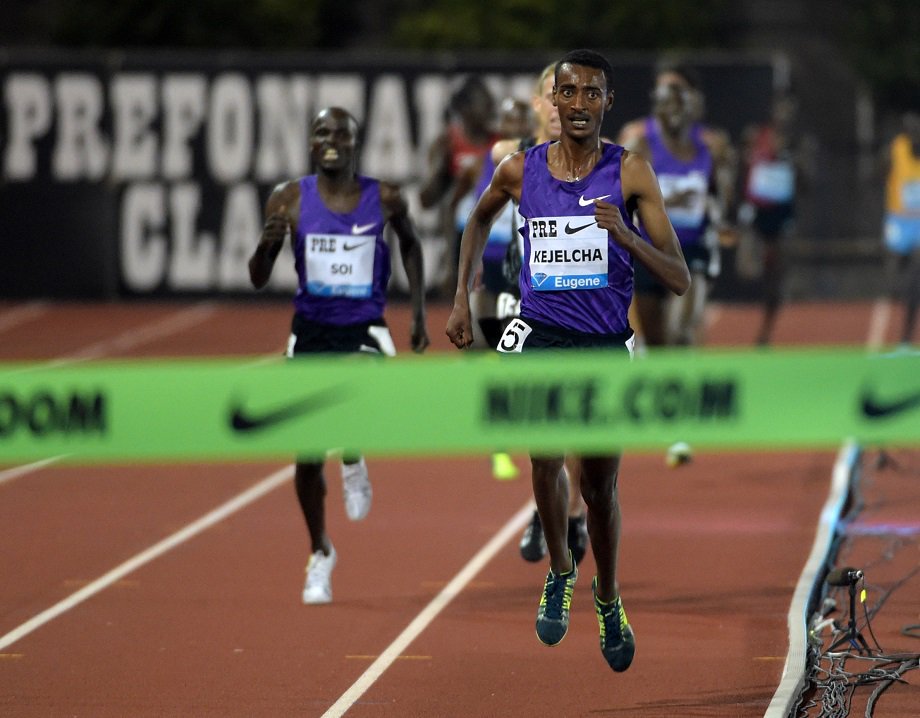 It was only a month ago when Ethiopia’s rising star Yomif Kejelcha missed the World Record in the indoor mile (1609m) by .01 seconds. Yesterday, Yomif went after the record again at the Bruce Lehane Invitational in Boston, USA and finally got what he was after. With a time of 3:47.01 he set the new World Rec

ord and was 1.44 seconds faster than the previous record that was held by Hicham El Guerrouj since 1997.

Kejelcha took to Instagram: “Finally! I can’t imagine a better way to complete this indoor season. Thank you to the BU staff, supporters, and Nike for making this opportunity possible. I’m happy with the “.01” result this time!”

The Ethiopian will now prepare with his training group in Oregon for the upcoming outdoor track and field season. The 2019 season includes the IAAF World Championships in Doha this September.

Fans in the Emirates Arena were on their feet as Great Britain’s Laura Muir took her second gold medal of the weekend in the 1500m, fresh from a stunning retainment of her European 3000m title on Friday night.

The six-time British record holder and multi-World and European medallist has confirmed that she will return to the Müller Anniversary Games once again this summer as she bids to light up the London Stadium once again.

The newly crowned double-double European champion has earmarked the Müller Anniversary Games, the event at which she first smashed the British 1500m record back in 2016, as a major meet of her summer, with the Scot’s presence alongside the already confirmed Dina Asher-Smith serving to show that London once again continues to play host to the world’s best.