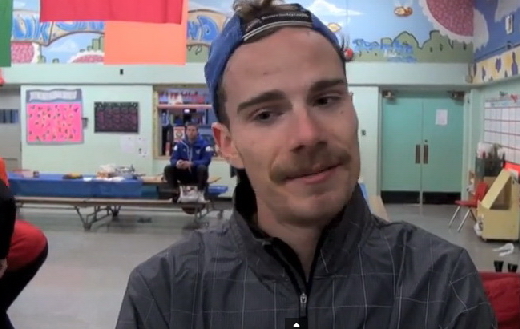 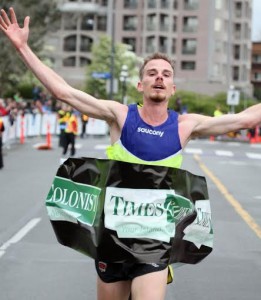 Reading of Kelly Wiebe’s decision to retire from the sport of athletics this morning at just 25-years-of-age, unearthed two conflicting emotions: sadness and respect.

I felt sadness, but not so much for Mr. Wiebe, because as he wrote in not so many words that it was a tough choice and he did not take the decision to retire lightly. Clearly he thought long and hard about it. I felt a little pang of sadness for the sport, as the country seems to be experiencing a resurgence. I felt sadness too because, here we stand face first in the middle of a category-10 blizzard of drug and corruption controversies that are not so softly killing the sport and we yearn for good news. Mr. Wiebe’s retirement just seems to be a little cloud that adds a gray pall to the deprecation, like autumn fog on a clunky morning run, wedged in the midst of a heavy bout of training.

Perhaps the horizons do not appear as they once did to him, but with the IAAF failing and the international sport on its knees, Mr. Wiebe can walk away with his chin up, held high. Perhaps he is leaving at a good time and that is where the respect comes in. Perhaps he wanted it all and stewed about what he has for talent and what it would take to hurdle the East Africans and the random outliers scattered about the universe, an American here, a Moroccan there or a stud named Levins or Ahmed from his very own country, or the brilliant and young Mr. Justyn Knight in the ‘Cuse. What would it take him to better those gazelles? We will never know. 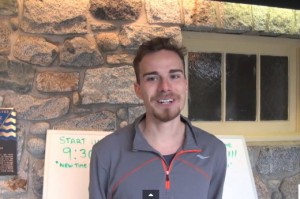 As he told me in 2012 when I asked him if he was going for the win in the national cross country championships he said, “[I am] Always aiming for the win. If you’re not aiming for the win then you have already been defeated. I know that Cam and Mo have credentials that put mine to shame, but if you don’t strive to be the best then you will never get there.”

I can’t help thinking congratulations to the fine, young, straight-talking gentleman from the prairies. 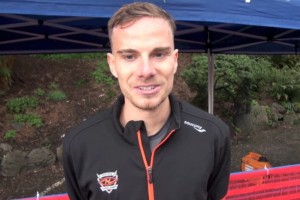 It’s a province so in love with the Canadian Football League’s Saskatchewan Roughriders, that even I, a visiting British Columbian (and Lions’ fan) felt compelled to purchase merchandise in the local farm equipment store. Yes they sell the green merchandise everywhere: Wal-Mart, local pharmacies, liquor stores, car dealers, model hobby shops, dollar stores and sewing and knitting emporiums. They sell more of their own stuff to their own people than the rest of the CFL does to anyone, combined. It takes a community. Running can learn a little something from Saskatchewan.

Anyway, what athletic kid growing up in Saskatchewan doesn’t dream about playing for the green and white Roughriders, or of hockey? Stanley Cup dreams. Wiebe has probably confused the people of Saskatchewan by taking up this long-distance running thing. But he was so very good at it.

He graduated from the University of Regina in 2013 with an engineering degree, but not before winning the CIS national cross country championships against the monsters and men of Guelph.

Tall by any standards, he is a giant for a distance runner, smooth as melted butter and legs up to here. If he ever got 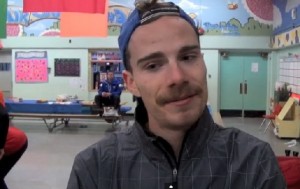 into the Olympics, the white coated officials would run for him in an effort to get the obviously confused high jumper off the track before the start of the 10,000-metre event. At roughly 6’3” he would be surrounded by men that stand nearly a foot shorter; with his wavy brown hair and boyish good looks, he couldn’t hide in old Peking. When he raced, he cut through the atmosphere, locks flowing, elbows back, toiling along in a muscle-wrapped skeleton that displayed no hitches or kinks, just sinew and flow; he is a genuinely talented-looking specimen.

It takes one to know one and Coach Ted Jaleta saw the talent in Wiebe, “Ted Jaleta was the man that convinced me to come run for the Cougars in Regina. If you are a runner, and you don’t know who Ted Jaleta is, I recommend you Google him immediately. The guy is an inspiration for me. The struggle he went through to get from Ethiopia to Canada is just insane! He would have been an Olympian for sure if he never wasted his prime running years fighting for his survival.” 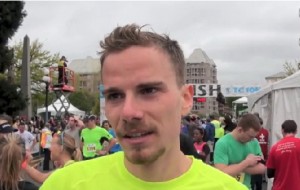 Of being inspired, I had the pleasure of riding the lead bicycle beside Wiebe, as I doubled-down and video recorded him racing several times including the St. Patrick’s Day 5K in Stanley Park as well as the GoodLife Fitness Victoria Half Marathon. He won both. He looks like a natural born killer when he runs; he’d fit in with the nomadic Maasai pursuing gazelles on the savannah; “how far is the heard now, Mazungo?”

And there was that time that he nearly died.

While in Santa Cruz, California with his training group and getting set to race in the Stanford Invitational as part of his preparation for the 2014 Glasgow Commonwealth Games, he felt a severe pain in his abdomen.

He gambled and risked flying home instead of dealing with the massive medical costs that can be incurred in the US. By the time he arrived at the Vancouver Airport, he was so sick that he had asked a customs official to pick up his passport that he had dropped on the floor.

He told Canadian Running Magazine, “I was ready to run, at least, the Commonwealth ‘B’ standard — 28.05, or something like that [for 10,000m] — I was in great shape,” says Wiebe. “I went for a run on Sunday and felt great. Monday was my last hard workout. […] I nailed all my splits and felt pretty good about it, but then the next morning I didn’t feel too great. I noticed I was a lot more sore than normal. I thought that it was maybe from the workout, but it really wasn’t that tough of a workout.”

It turns out that he had a blood clot in his adductor, which had been overridden by bacteria causing a staph infection. If untreated it could quickly become a life-threatening illness. It took two months before he was able to run lightly again.

He had won the Vancouver Sun Run. Fifty-thousand others behind him, including some East Africans and a few outliers. He crossed the line in the time of 29:12, probably good for 28-something on a rubber track. Not far from brilliant, but a minute from immortality. What would it take? We will never know.

Mr. Wiebe never refused a post-race interview, always class; always accommodating. When the media can get on the nerves of a runner, especially when he may not have had a great day and it is too easy to hide in the corner or take off early to avoid the questions, Mr. Wiebe demonstrated that he cared about the sport right down to the end. “I want to make it perfectly clear to all of you reading this that I gave everything I had up until the bitter end. For me, there is nothing more to give, and I can walk away satisfied with what I put in, and what I achieved.”

Yes you can, Mr. Wiebe. Thank you for all the great running action, during your all too short career. Sadly, you will be missed, respectively, you are appreciated.