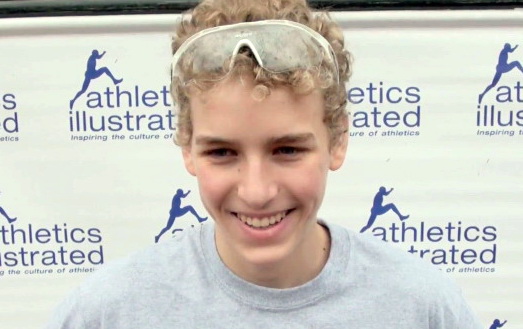 For the inaugural Fast Days of Summer 5000 road race that took place Sunday, July 28 in Kelowna, BC, race organizers promised one of the fastest courses in Canada. The only problem was the competition.

Brittany Webster, a three-time Olympic cross-country skier from nearby Peachland, BC, won in the time of 18:14. Twenty seconds behind her was Jessica Kaiser of Cochrane, Alberta and third was Meryn Sim of Vancouver in the time of 20:21. Webster and Kaiser competed in the 30-34 age division, while Sim finished first in the 25-29 group.

“Race conditions were excellent,” said director Delilah Topic. “Hoel ran well and the top-3 master men finished within two seconds of each other.”

“All pacers are members of the UBCO cross country team. I am assistant coach, so asked them to do it.  It was so wonderful seeing the younger generation pacing our budding running community here in Kelowna,” added Topic.

The race is a new fixture in the Canadian Tire Race Series and the primary intention to starting the race by Topic and co-race director Dustin Quigley was to produce personal bests for all abilities.