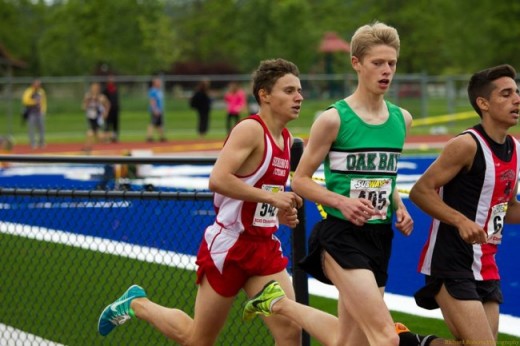 Seventeen-year-old Liam Kennell of Victoria, BC has qualified to run in the 1500m event for Team Canada at the 2013 IAAF World Youth Championships in Athletics, by running – as of Saturday, June 15th – the first and second fastest times in Canada for 2013.

The Oak Bay High School athlete competed in The Q’s Victoria Run Series final track meet of 2013 already owning Canada’s fastest time of 3:56.45 however, he made the decision to cement his position further by making a second attempt, where he ultimately ran two seconds faster to finish in 3:54.50. “I just wanted to make sure that I have another really good performance, in case someone else runs well back east,” said Kennell after the race. Liam’s father, Cliff said, “Liam’s main goal this year was to qualify for the World Youth Champs; he did it, we couldn’t be more proud of him.” The qualification standard is 4:01. 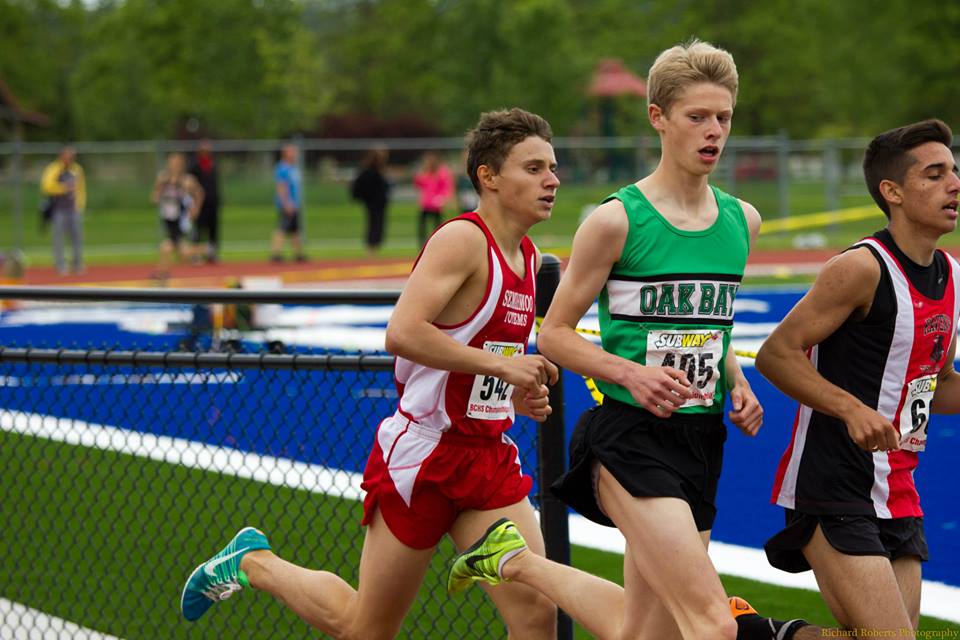 At the same meet, three of four University of Calgary Dinos who competed in the 5000m distance event qualified for the 2013 Canada Summer Games. Bridget Pyke and Kary Grace finished in 17:19.20 and 17:20.50, respectively. Pyke and Grace ran nearly 11 of the 12.5 lap race together, exchanging leads, however, with less than two laps to go Pyke began to pull away, to add excitement to their finish, Grace began to draw closer over the final 100m and they finished less than two seconds apart. Coach Mike Van Tighem said, “Grace and Bridget have been University of Calgary Dino teammates for the past two years, both graduated With Distinction in Kinesiology this year and both will attend the University of Western Ontario in September to study Physiotherapy. It’s only appropriate that they pushed and pulled each other to personal bests and the Alberta Canada Summer Games Team’s “A” standard in the June 15th The Q’s Victoria Run Series 5000m race.”

In the men’s race Roman Justinen and Kenton Spartak, also both from Calgary, ran together for roughly half the race before Justinen very gradually pulled away from Spartak to finish one-two in 15:15.30 and 15:55.80. “Roman had an outstanding solo run to claim a personal best and to narrowly better the Alberta Summer Games Team’s “B” standard of 15:15.48,” shared Van Tighem when asked about his male athletes’ performances.