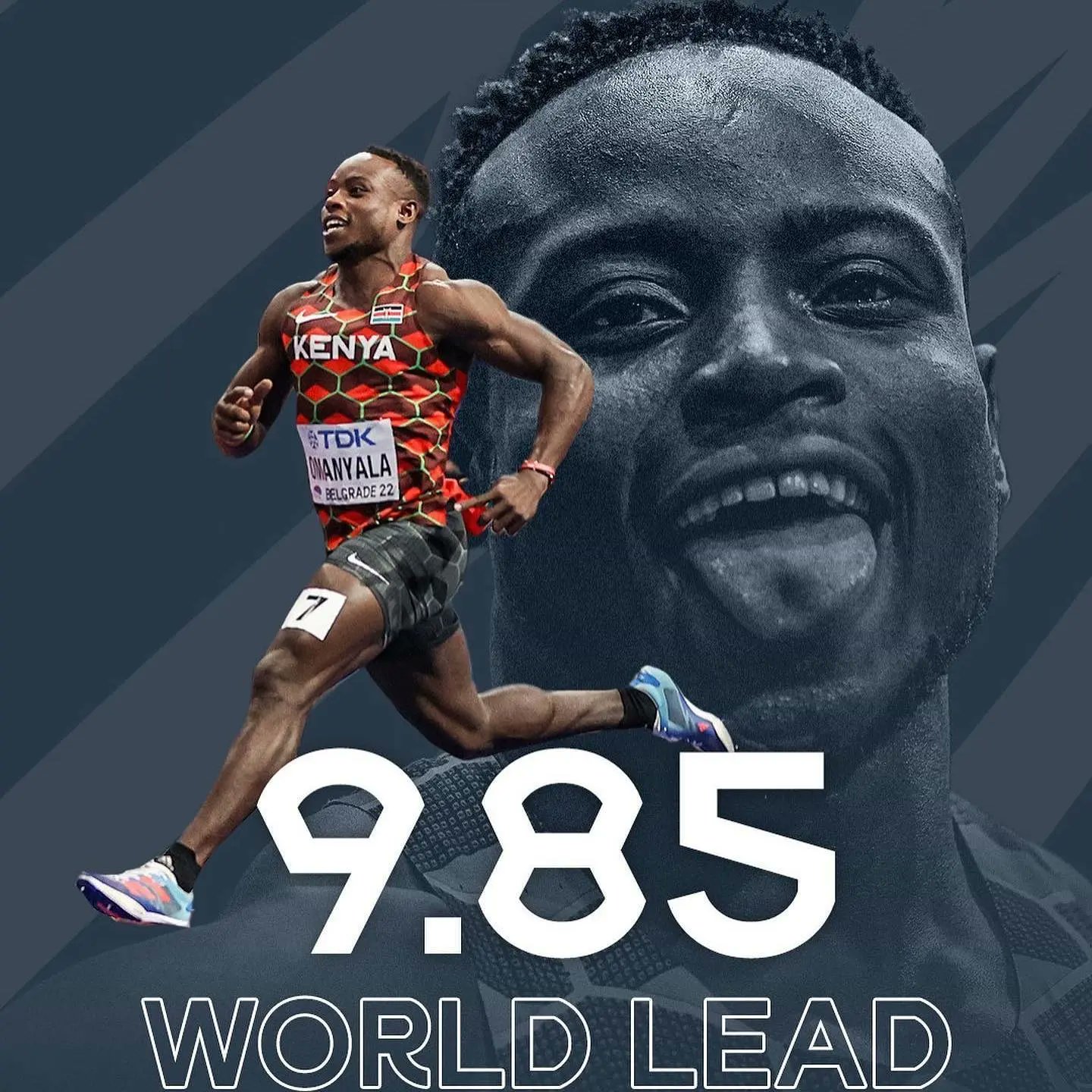 Kenya, known more for the middle and long-distance running prowess than anything, found themselves cheering for a domestic sprinter who ran to a 9.85 finish time. Ferdinand Omanyala won the Absa Kip Keino Classic Saturday in Kasarani at Moi International Stadium defeating Americans Fred Kerley and Isiah Young. The two ran 9.92 and 10.13, respectively.

Thanks team. We give God glory and focus on the next assignment. Thanks to everyone out there who believes in me. @adidas@adidasrunning
@ffa_sportsman pic.twitter.com/0vBPii05z7

Italian Marcell Jacobs, who is the Tokyo Olympic Champion, did not start the race, instead, he was admitted to the hospital for severe gastrointestinal issues.

Omanyala owns a best of 9.77 from the same meet last year, where he finished in second place to American Trayvon Bromell who won in the time of 9.76.