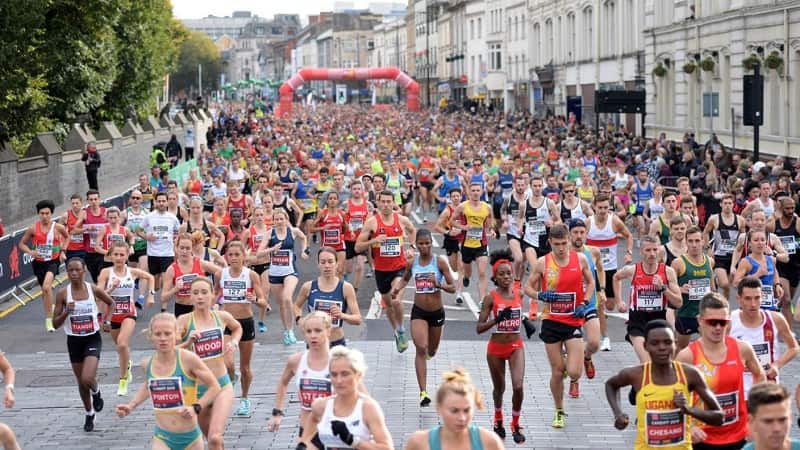 Kenyans Geoffrey Koech and Beatrice Cheserek won the men’s and women’s divisions of the Wizz Air Cardiff Half Marathon on Sunday.

The 29-year-old Koech was on pace to take the course record of 59:30 set by fellow Kenyan Leonard Langat in 2019, however, he slowed over final few kilometres. His performance is the fourth fastest course time of 60:01.

Beatrice Cheserek takes the @wizzair Cardiff Half victory in 01:06:48! (Unofficial) 🙌

The Kenyan athlete takes the spoils in a tightly fought contest! 🔥 pic.twitter.com/aRs7piizur

“The course is good and it feels good to win here. I pushed really hard and it was my fastest performance in Cardiff,” Koech told Dai Sport.

Koech finished just 25 seconds outside his personal best, which was set in Houston in January 2020. In the end, he outkicked Ethiopians Gizealaw Ayana and Chimdessa Gudeta who took second and third respectively.

Beatrice Cheserek won in her event debut in Cardiff in the time of 66:48 to finish ahead of fellow Kenyan Viola Chepngeno and Zewditu Aderaw, of Ethiopia.

Fresh from winning the Gothenburg Half Marathon last September, Cheserek was delighted with taking nearly four minutes off her winning time of 70:48 in Sweden.

“There were some fast girls up at the front but I’m happy with that at the end of a 100-mile week. I love returning here – it’s home and the crowds are amazing. It was all a bit of rush, I only decided on Friday to come but I am so glad I came.”