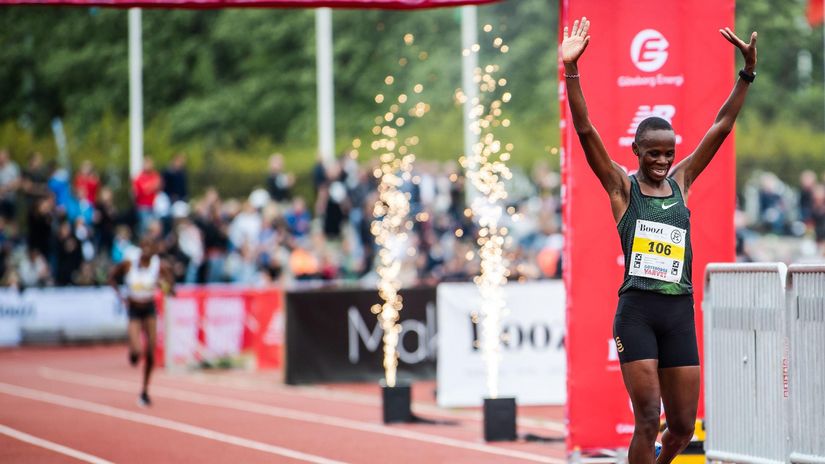 Kenyan Tabitha Gichia Wambui is now banned from competition for seven years, effectively ending her athletics career. She tested positive for the banned performance-enhancing drug norandrosterone as well as tampering with the anti-doping process.

Norandrosterone is a metabolite of norandralone, the same PED that American Shelby Houlihan tested positive for.

Wambui argued that she was injected with the testosterone booster at hospital where she was being treated for “a headache and general body weakness.”

This is a similar excuse used by other East African athletes who blame medical practitioners, including injections for clearing up influenza symptoms.

However, an investigation from the Anti-Doping Agency of Kenya indicated that she did not check into the hospital on the dates as her medical reports state and the hospital. They also have no record of the outpatient number on the documents the athlete submitted.

The Disciplinary Tribunal has banned Kenya’s Tabitha Gichia Wambui for seven years for testing positive for Norandrosterone (a metabolite of nandrolone) and for Tampering.

This attempted cover-up resulted in the tampering charge.

The 37-year-old athlete was banned for four years for the failed test and four more for tampering. As she later admitted guilt, she was banned just seven years, however, her competitive athletics career is now over.

The beginning of Wambui’s ban is backdated to September 19 2021 and all of her results from that date have been disqualified, including victory at the Poznań Half Marathon in Poland on October 17, 2021.

All titles, medals, points, prizes, and appearance money must also be forfeited by the Kenyan from this period.

Wambui’s best performance was from the Goteborg, SWE half marathon where she clocked a 68:15 performance in May of 2019.

SHOESTRINGS: Eglay Nafuna Nalyanya has similar charges pending before the tribunal. Stay tuned for a ban on the 26-year-old 800-metre specialist. She finished eighth at the 2018 Gold Coast Commonwealth Games and owns a best of 2:00.28