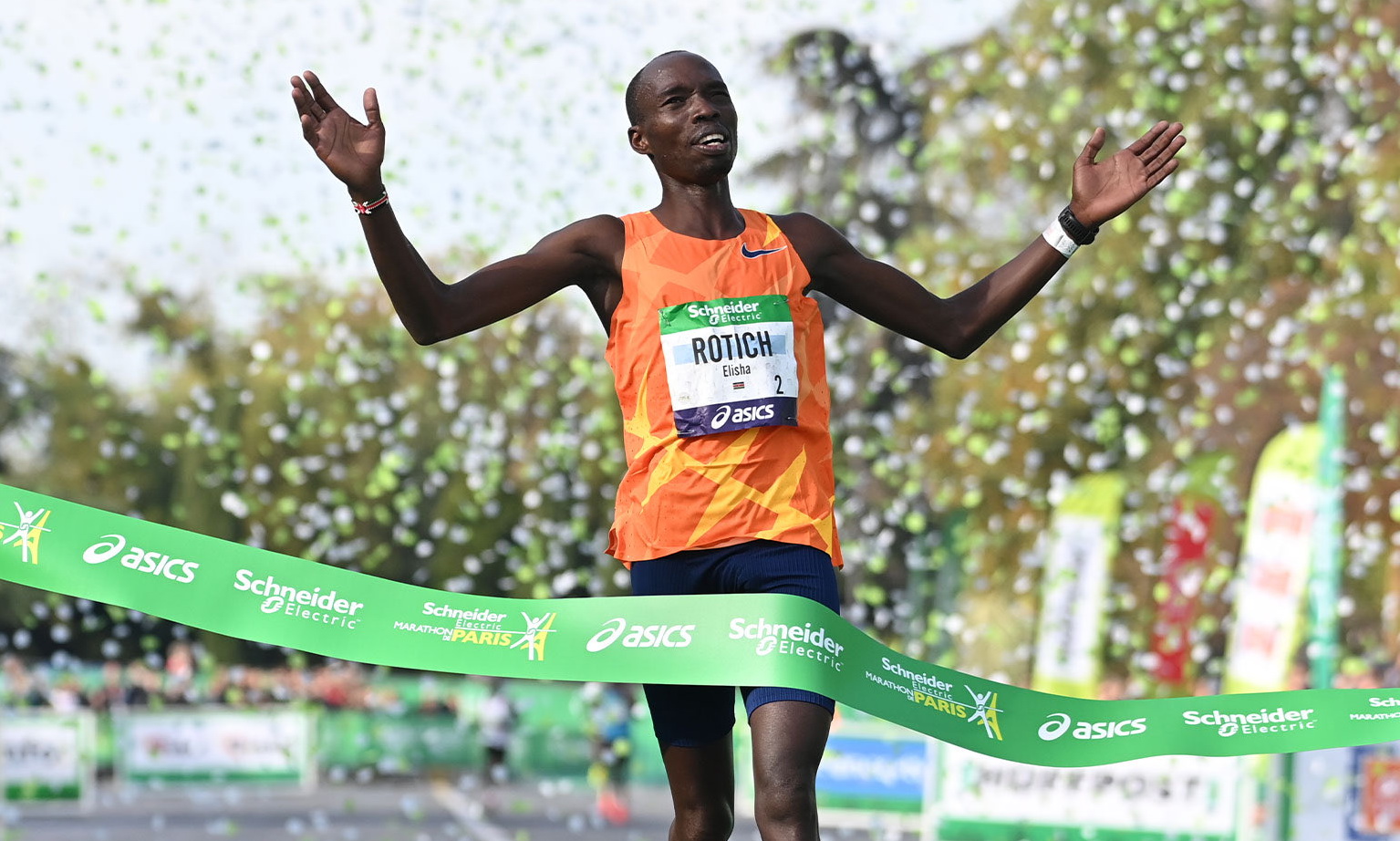 Four men clocked sub-2:05 performances including Ethiopian Hailelmaryam Kiros who finished in second place clocking the time of 2:04:41. And the third-place finisher was Hillary Kipsambu in the time of 2:04:44.

Rotich ran through the halfway split in the time of 61:55.

Leading at 21K was fourth-place finisher Barselius Kipyego. The pack was still together at 35K but began to spread with Kipsambue leading.

Similar to the men’s race, Memuya clocked a late-race surge to seal the victory.