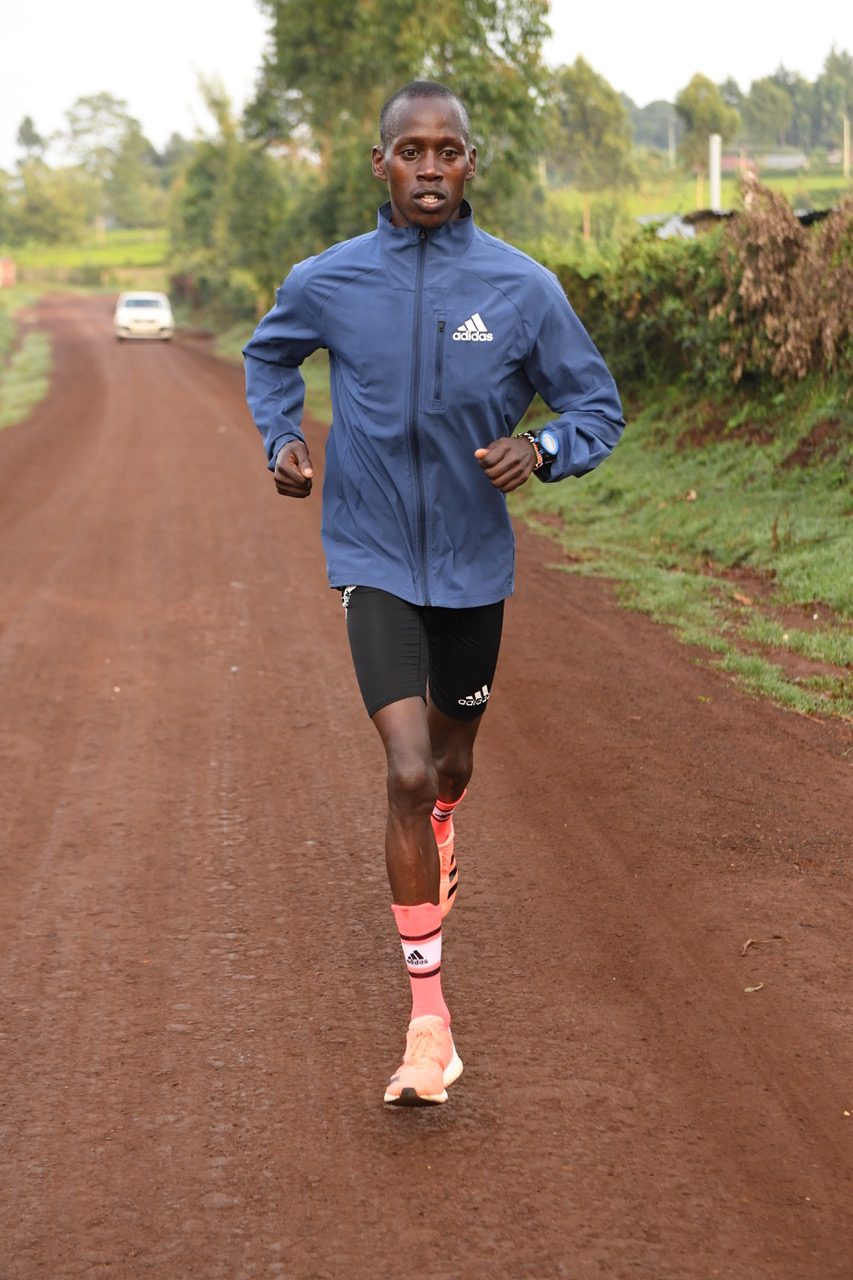 Kenya’s Barselius Kipyego will line up at the start of the TCS Toronto Waterfront Marathon on October 16 with the fastest personal best time of the elite field. But the 29-year-old wants more.

Last year, he ran 2:04:48 to finish fourth at the Paris Marathon, which, like the TCS Toronto Waterfront Marathon, has earned a World Elite Marathon label. That’s twelve seconds under the Canadian All-Comer’s record (2:05:00) held by his countryman, Philemon Rono, who will return to Toronto in search of a fourth victory in Canada’s biggest city.

Rono set that mark in winning the 2019 Toronto Waterfront Marathon—the last time this race was held in person. While it is foolish to compare times run on different courses and under different conditions, it is clear that Kipyego is bent on a sublime performance.

“I am coming to win the race. Then, I want to break the course record,” the affable Kipyego reveals during a WhatsApp video call. “That is why I sacrifice by staying in the camp so I can give my best to this race, so I can come fully [fit].”

Barselius is part of a 24-member group known as ‘2 Running Club,’ trained by noted Italian coach, Claudio Berardelli, in Kapsabet. He founded the club in 2016 with the aim of having a group of elite athletes bond as a supportive group despite marathon running being an individual sport.

“The idea to call the club with the number two was a sort of provocation,” Berardelli explains, “because, despite the fact that we train to be winners [number ones], the number two reminds us that a champion’s attitude goes beyond winning and being a number one.

“Full commitment, perseverance, and self-esteem are some of the traits that might characterize an athlete who has really worked hard despite, in the end, not being a number one. In his own way he is a champion anyway.”

The camp is about 2,000m above sea level in the Great Rift Valley. Sharing household chores, they normally run twice a day, rising early in the morning to have coffee before setting out for their first run. Their post-run breakfast menu often includes tea, bread, fruit, and eggs.

Normally runners will stay Monday to Friday at the camp for convenience and to minimize distractions. There is a television in the camp and Kipyego says he enjoys watching Nigerian movies in his spare time. They would spend weekends with their families but Barselius is taking a different approach with a Toronto victory in his sights.

“My home is about three kilometres from the camp,” he explains. “I have two children, boys, The first boy is called Dayton Kigen and the second, Dalton Kipkemboi. I used to go home sometimes but nowadays, because I am focusing on Toronto, I am staying in the camp.

“I miss them but I call them and speak through video calls. My wife knows I am focused on the race [the TCS Toronto Waterfront Marathon] for some time and then I will go home after the race.”

In his absence, his wife Nahum Jelagat not only looks after the children but also takes care of the small farm Kipyego is investing his money in.

“Yes, I have a farm. I am a farmer,” he says with a smile. “My wife now is looking after the farm because I am focusing on this race. She is the full manager. I have a tea plantation I grow maize and vegetables. And cows. We have cows.”

Amongst the elite training group are several athletes training for a fall marathon including Benson Kipruto who won the 2018 Toronto Waterfront Marathon and then finished fourth the following year in a personal best of 2:05:13. While Kipruto will run in Chicago, he has been encouraging to his training partner about what to expect in Toronto. The intel he has provided to Kipyego is evidently very positive.

“I just heard that it is a flat course and is a good race,” Kipyego responds when asked what he knows about the Toronto event. “I asked Benson when he won the race. I am training with him now.

“Yes, it is possible [to beat the record]. If the pacemakers set a good pace, we will run well and beat the course record.”

It is presently part of the rainy season in East Africa and heavy rain can sometimes complicate training. The dirt roads can become muddy quagmires causing the group to switch training venues. In this case, they will run later in the morning to avoid the worst of it. Still, it’s business as usual for the group.

“Training is good,” Kipyego reports confidently. “Every week we run 180km with some speed work and some long runs. Last week, I ran 40km for my long run. But every day I run 24 or 25km. I am feeling confident. My body is responding well now. I am ready to run that race in Toronto very well.”

Kipyego has never raced in Canada before nor has he faced his countryman, Philemon Rono. This matchup promises an intriguing chapter of the 2022 TCS Toronto Waterfront Marathon.