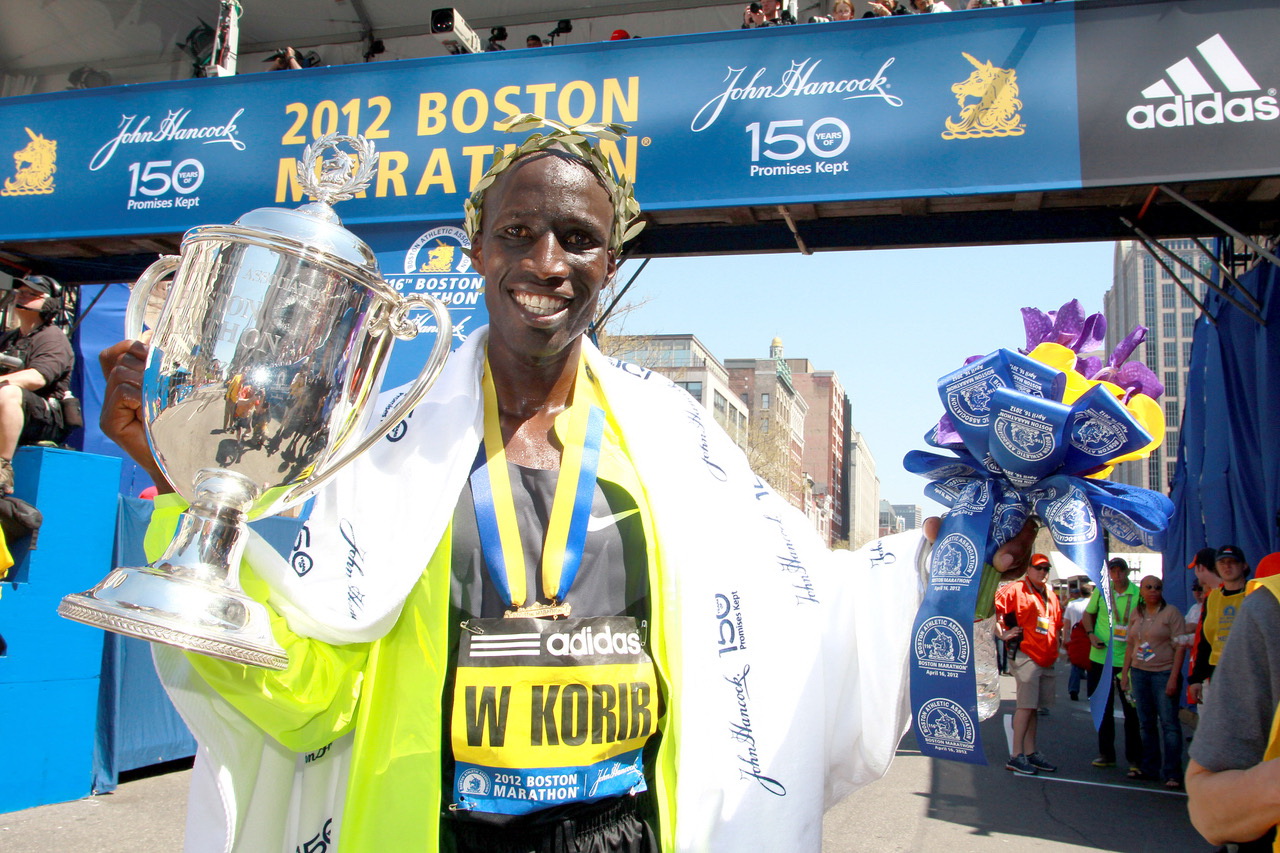 Having a famous elder brother presents challenges, especially the initiative to get out from under the lengthy shadow cast by his reputation.

And, so it is that Kenya’s John Korir is bound and determined to make a name for himself in marathon running. The 22-year-old will line up at the Scotiabank Toronto Waterfront Marathon October 21st with success in mind.

“My goal in Toronto is to use my experience in Ottawa and be able to win it and, if weather permits, run a fast time,” Korir, who at home is called by his tribal name of Kosgei, reveals.

Encouraged by his elder brother, Wesley, winner of the 2012 Boston Marathon and a 2016 Kenyan Olympic team marathoner, not to mention a former Member of Kenya’s Parliament, Kosgei made his debut at last spring’s Scotiabank Ottawa Marathon where he came very close to staging a huge upset.

At 38K he held a sizeable lead, but faded in sight of the finish and was overtaken by Ethiopia’s Yemane Tsegay.  Still, he managed second place in a time of 2:09:14.

It was a remarkable debut and it was difficult to determine which of the Korir brothers was happiest. Wesley sat in the television commentary booth as his brother crossed the finish line, his grin revealing deep pride in his little brother’s performance. Later he would point out that this was the fastest marathon debut in the Korir family.

“The advice Wesley gave me before the race was ‘when you start feeling pain know that everyone else is feeling the same pain,” Kosgei remembers, “and the person that wins the race is he who fights the pain the most.’”

Like his brother, Kosgei possesses strong Christian faith. He ran Ottawa wearing a vest with a bible reference:  Philippians 4:13. The verse reads “For I can do everything through Christ, who gives me strength”.

Until his marathon debut, very few knew of the younger Korir’s ability. He accompanied Wesley to Louisville, Kentucky where the two trained together under the watchful eye of coach Ron Mann. It was the younger brother’s first trip outside Kenya. While a stress reaction in his lower leg temporarily laid Wesley’s racing plans to rest, Kosgei entered the Kentucky Derby Half Marathon and, to great surprise, won the race in a time of 62:21. His margin of victory was over a minute.

“Because of how my training was going and with the advice of my brother, who has had a lot of experience in training and racing marathons, I knew I was ready to run my first marathon,” he explains. His love and respect for his brother is clear in both word and deed. Gratitude is also evident.

“I have been living with Wesley and his family, with my family, for five years,” Kosgei, who has a one-year-old daughter, says. “After running, I spend most of my time at Wesley’s small dairy farm here at his place helping with feeding the animals. I enjoy dairy farming.

“Wesley and Tarah [Wesley’s wife] have been life mentors to me and my wife. They offered us a room at their guest house, here in their place, for us to live in.”

Although he has an able training partner in Wesley, he also runs with graduates of the Transcend Running Academy which seeks to prepare young Kenyans for running and academics at U.S. institutions. Founded by Wesley, together with the Canadian filmmakers of ‘Transcend’ a documentary tracing Wesley’s route to becoming MP for Cherangany, the school provides fees for families unable to afford them.

Korir will fly direct to the Scotiabank Toronto Waterfront Marathon without his brother, but he will certainly not be alone.  The family of his sister in law, Tarah McKay-Korir, plan to be on hand to help him feel comfortable.

They live in St. Clements just north of Waterloo, Ontario. Another charity founded by Tarah and Wesley, called Kenyan Kids Foundation, is also an official charity of the Scotiabank Charity Challenge and some of its members are running the half marathon on race day.

As he prepares in the high altitude of Kenya, he is certainly aware the competition will be worthy of the IAAF Gold Label which the Scotiabank Toronto Waterfront Marathon has earned the past four years.

Defending champion, Philemon Rono, who is attempting to win a third consecutive victory in Canada’s largest city, leads the field and another Kenyan based runner, Jake Robertson of New Zealand has also confirmed. Armed with advice from Wesley and from coach Mann he will come prepared to do battle. At such a young age he has plenty of years to emerge from his big brother’s shadow.

“I do wish to represent my country in Olympics one day,” he declares. “I am still young and I am just getting started in my running career.  And, I wish to continue the legacy of my brother by helping others using running.”

For more information and to join Kosgei on the Start Line, www.STWM.ca