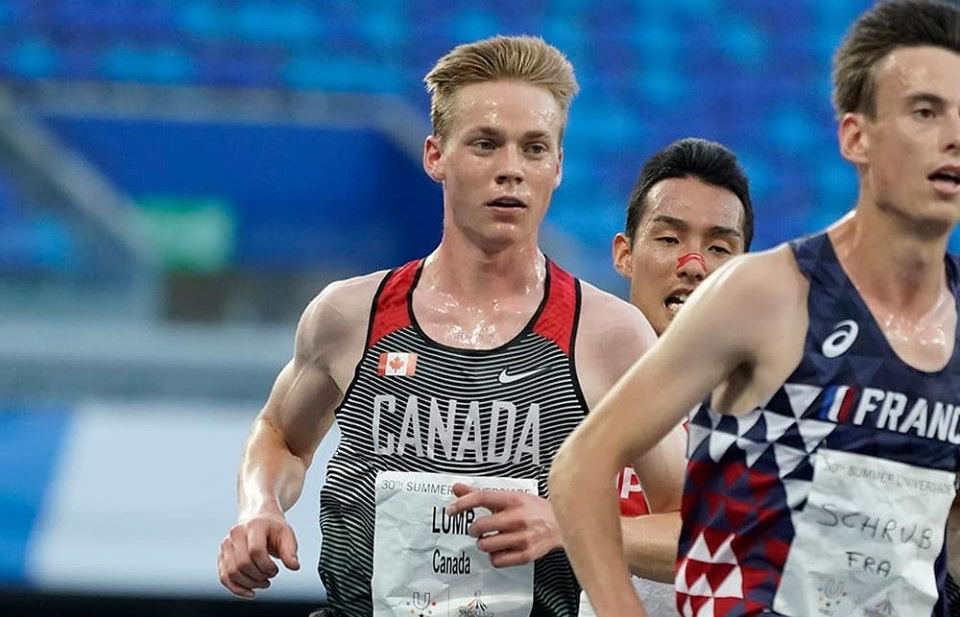 Kieran Lumb took the Canadian U23 record in the 3,000-metre indoor event on Saturday, running a 7:45.50 performance at the 2020 BU David Hemery Valentine Invitational.

“It definitely feels great to get that record,” said Lumb. “I thought I was in somewhere between 7:45-7:50 shape going into the race but to be honest, the record wasn’t really on my radar before the race. Nonetheless it is a nice bonus.”

Lumb is not sure what his next races will be, but he will likely end up in California working on his outdoor 1500m and 5,000m bests – perhaps this race was a foreshadowing of a great outdoor season.

He spent the previous few weeks training at elevation in Flagstaff, AZ.

Overall, the University of British Columbia Thunderbird finished fourth. The race was won by Luis Grijalva who competes for Northern Arizona University. He finished in the time of 7:43.73. Daniel Estrada from Mexico finished second in the time of 7:44.31, while the third place finisher was Geordie Beamish, who crossed the line at 7:44.67.

Grijalva took the pace out hard with a 2:35.90 first kilometre, two seconds up on Lumb – Lumb was patient, as he finished the 3K race having lost no ground over the final 2K.

My coach, Brant Stachel, suggested I stay pretty conservative the first 2K or so and then move up from there – so that’s what I did! I’ve found that being a bit cautious the first half of the race and then building momentum seems to be working for me the last few races.”

All four closed hard, but Grijalva was the only one in the field to close the final two, 200m laps both under 30 seconds, going 29.67 and 27.70 for the win. Beamish put in a strong effort, but perhaps left his kick just a little late, closing the final lap in an impressive 26.90.

Black took the lead early and kept the pace honest through 3K before giving way to Serafini. They passed through the first km in 2:43.79 and 2:43.99, respectively. At approximately 3600m, Serafini began to drop 33, 32 and 31 second laps to pull away from Black who maintained second place with several 34-second laps – running the final in 32.78 for a gutsy effort, but was in tough with Serafini who ran a 29.61 to bury the field.

Elsewhere, Langley Mustangs athlete Regan Yee has run two new personal bests in the month of February, pulling off an 8:57.84 indoor 3,000m at the Millrose Games on Feb. 8, then she followed up that performance with a 15:33.17 5,000m.

Technically, the 5,000m event doesn’t count as official for the distance because it was run on a 300m indoor track.

And the latest Canadian top-30 rankings for 2020 by Douglas Clement are below: 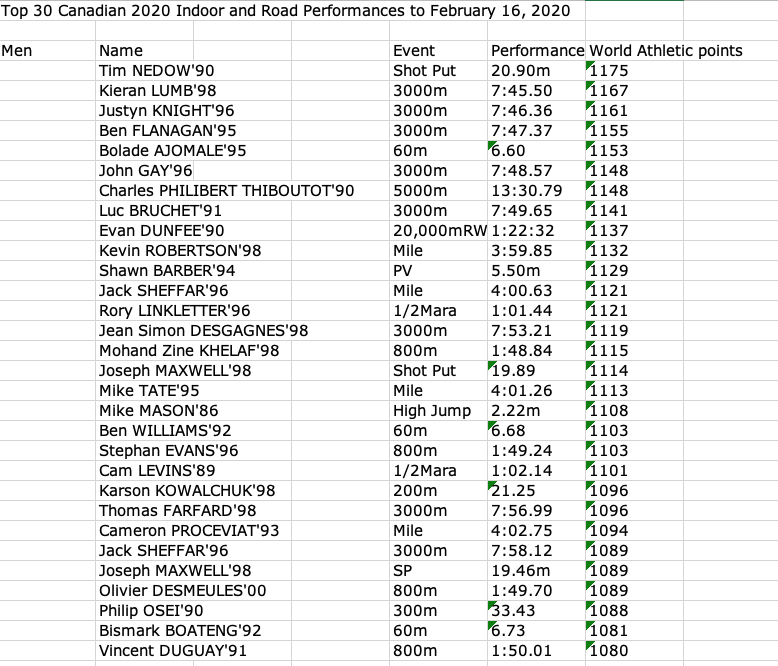 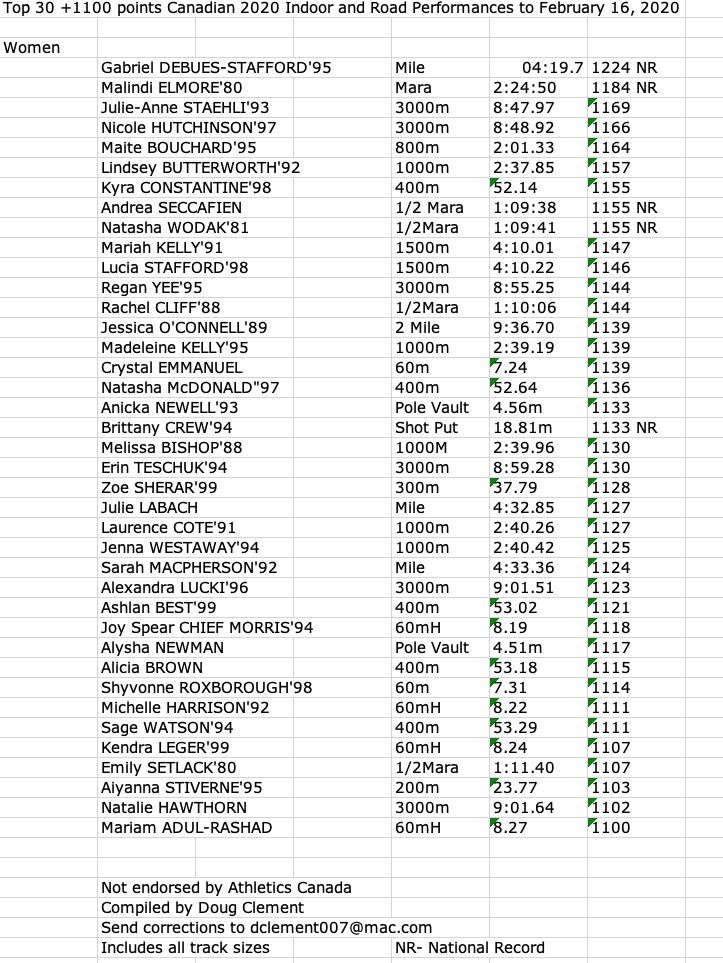