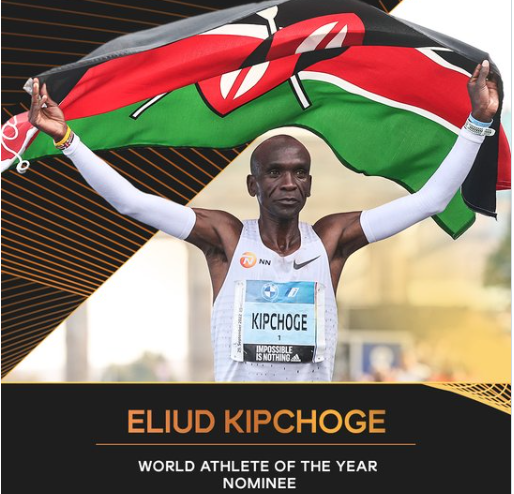 Thirty-seven-year-old Eliud Kipchoge is a 2022 World Athletics Athlete of the Year nominee.

The two-time Olympic champion and world record holder improved his own marathon world record at the Berlin Marathon in the time of 2:01:09.

Voting for the World Athletes of the Year closes at midnight on Monday 31 October. At the conclusion of the voting process, five women and five men finalists will be announced by World Athletics.

The winners will be revealed on World Athletics’ social media platforms in early December.

Further information about the World Athletics Awards 2022 will be announced in the coming weeks.