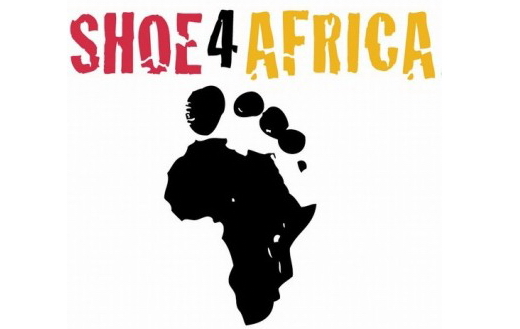 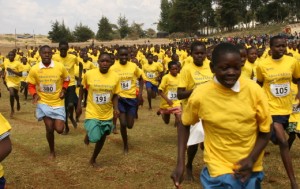 According to Shoe4Africa, one in eight East African kids die before they reach the age of five. Their death, all too often, is due primarily to diseases that are otherwise completely treatable, but almost none of these kids ever see a healthcare worker in their lives. Shoe4Africa is changing that now.

Sally Kipyego is the fastest Kenyan women in the 5,000m distance. She won silver in the 10,000m in the 2012 London Olympic Games. She finished in a personal best time of 30:26.37 in that race. It was her second silver medal in a major international competition. During the thirteenth IAAF World Track and Field Championships in Daegu, Korea, Kipyego won silver, finishing in 30:50.04 behind Ethiopian Tirunesh Dibaba, but there is more to Kipyego than just running. She is an ambassador for the non-profit organisation, Shoe4Africa.

Icelandic long-distance runner Toby Tanser started the not for profit organisation shortly after being beaten nearly to death in East Africa. The attackers wielded a baseball bat and a machete. After a two-week effort to get help he arrived in England for the brain surgery that he needed to recover. Although he was already in the habit of donating shoes to Kenya, he got the inspiration for the name of the organisation after having lost a shoe in the fight with the attackers, hence the name containing the singular “shoe” in Shoe4Africa. 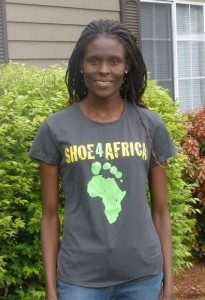 Tansfer’s goal was to raise $15 million to build the first public children’s hospital in East Africa. The hospital is now under construction and is currently being built in phases.

The Shoe4Africa plan started in 1995, with a mandate on health and education as well as AIDS awareness programs, women empowerment and peace. Shoe4Africa‘s goal is to build schools as well as raise money to fund the first children’s Hospital in the Sahara—with four stories and 250 beds.

The Shoe4Africa list of ambassadors is very impressive. The members include movie star Natalie Portman, soccer’s Cristiano Ronaldo and television actor Anthony Edwards to name just a few. The list of members of the athletics community is extensive from world-class sprinters like Donovan Bailey to the best middle-distance runners for example Ezekiel Kemboi and Steve Cram and marathon legends like Tegla Loroupe and Moses Tanui among many others.

Asked how she got in involved with Shoe4Africa Kipyego said, “While getting my nursing degree at Texas Tech University back in 2008, I came across the organisation and was instantly attracted by what Shoe4Africa was doing. I then called Toby and asked if there was anything I can do to help and he basically said if I can join in as one of their ambassadors that would be a great start.”

Kipyego, is more than just an ambassador that lends her name, she visits Kenya a few times per year, “In Kenya for instance; I go to the local schools and spend time talking to the kids and teachers on ways we can improve the learning conditions at the schools. I also help with some of the road races that they organize,” said the 28-year-old.

“Shoe4Africa is more than just about shoes, but that is part of it, they also put on an annual 5k road race for women in Iten to promote HIV-Aids awareness while empowering women in the local area through health and fitness.”

Celebrities and non-celebrities from around the world have helped and donated to Shoe4Africa’s various projects in their charity work. Currently, one of the creative campaigns that they have going is called “Click a Brick”. The website offers that ‘if you send even $10., that is bricks in our wall… and it is your name in immortality as someone who stood up and helped our work happen— Think globally to help the less fortunate.’ 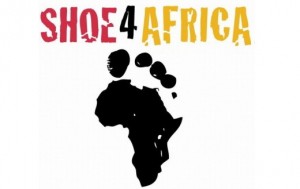 Asked about the child death rate and the efficacy of the hospital, Kipyego said, “I believe such a facility will go a long way in reducing the mortality rate among children and improve the betterment of health in general.”

You can read all about Shoe4Africa and the many other projects that they have planned at www.shoe4africa.org.