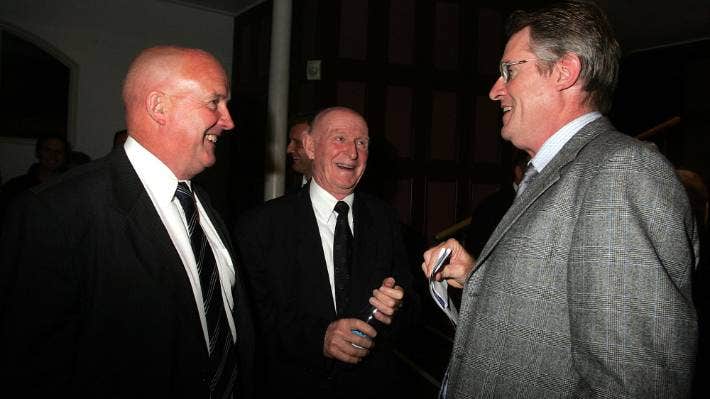 Murray Halberg who won gold in the 5000m at the 1960 Rome Olympic Games, died Wednesday at his home in New Zealand, he was 89 years old.

Halberg was one of the three original Arthur Lydiard-trained athletes who each took a medal during the Rome Games including Peter Snell in the 800m event and Barry Maggee. Snell passed away two years ago. They have been forever known as the original Lydiard boys.

Born in Eketahuna but raised in Auckland, Halberg had to overcome a debilitating rugby injury as a youth; yet that affliction did not prevent him from winning 5000m gold in Rome. He also finished fifth in the 10,000m and seventh four years later at the 1964 Tokyo Olympic Games.

No-one ever exemplified the Olympic spirit of triumphing over adversity better than Sir Murray Halberg.

Halberg was the first Kiwi to break the four-minute mile running a 3:57.5 in Dublin, Ireland in 1958.

Halberg won his first Empire Games gold medal in Cardiff earlier that year, clocking a 13:15 for the three-mile event. Four years later, in Perth, he took a second gold in the same event.

The trust revived the Sportsman of the Year which lapsed in the early 1960s.

In 2008 Halberg was admitted to the Order of New Zealand, the country’s highest honour which is limited to 20 living people.