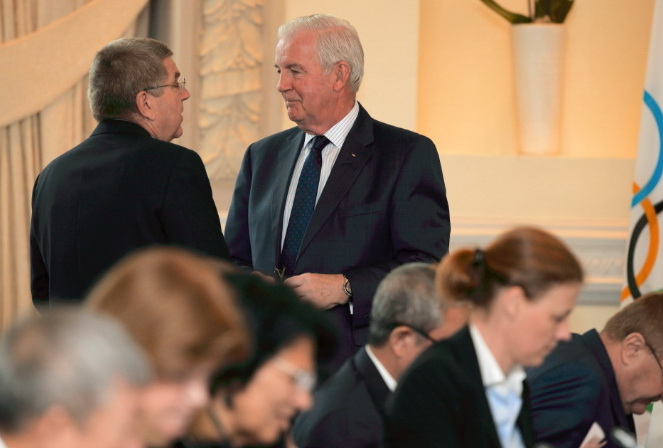 Russian Sports Minister Pavel Kolobkov today denied that Russia has backed down and accepted the findings of the McLaren Report, despite signing a letter sent to the World Anti-Doping Agency (WADA) which appears to go further than ever before towards doing so.

The letter, sent to WADA last week but which has only been published today by French newspaper L’Equipe, began by conceding “the serious crisis which has affected the Russian sports was caused by some unacceptable manipulations of the anti-doping system revealed in the investigations conducted under the auspices of WADA (Pound’s Independent Commission, McLaren – Independent Person) and the IOC (Schmid Commission)”.

It continued by confirming they have “accepted and executed” the consequent International Olympic Committee (IOC) Executive Board decision to suspend the Russian Olympic Committee (ROC) from December last year until three days after the Closing Ceremony of the this year’s Winter Olympic Games in Pyeongchang.

“On behalf of all the organisations we represent, we regret sincerely that some manipulations and practices occurred in Russia,” it continues.

The letter then promises they are “taking necessary steps” to outline remaining problems.

The letter then argued that “it is important to note that the recent CAS (Court of Arbitration for Sport) decisions caused reasonable doubts in the validity of evidence provided by the former head of the Moscow Anti-Doping Laboratory G. [Grigory] Rodchenkov to the IOC Disciplinary Commission dealing with sanctions for individual athletes”.

It conceded that “our organisations and the Russian State bear the obligation to ensure integrity in sport” under the World Anti-Doping Code, adding: “We want to ensure you that any eventual manipulation and practices were carried out without our knowledge or authorisation”.