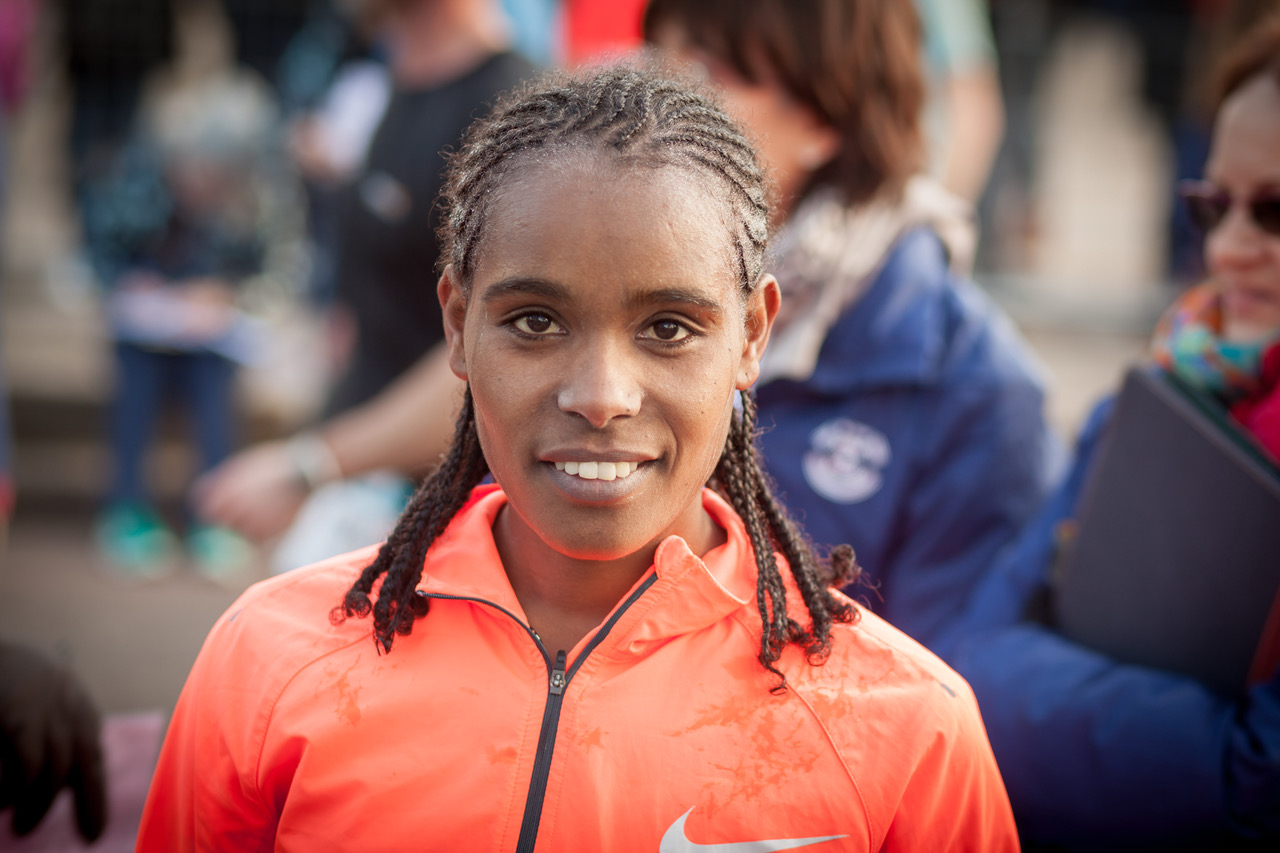 In its lengthy history the Scotiabank Toronto Waterfront Marathon has never had a brother and sister duo claim victory in this IAAF Gold Label event. That could all change if Abera Kuma and his sister Dibabe Kuma have their way on October 20th.

The Ethiopian siblings have made an extraordinary impression in their marathon running careers already and have both targeted victory in Toronto. Abera, 28, finished second at the 2018 Rotterdam Marathon in a personal best of 2:05:50 and has been world-class since finishing third at the 2014 Berlin Marathon (2:05:56).

Most recently, he finished second at the Ottawa Marathon (May 26th). This will be the first time he and Dibabe have traveled to a marathon together, something his younger sister welcomes.

“Yes, it’s the first time we are traveling together to a race,” says Dibabe, who is 22, “I am looking forward to traveling together. I think it will help because it’s family and I will be relaxed. Abera inspired me to start running, his support helped me a lot at the beginning of my career.”

Dibabe set her personal best of 2:23:34 last October when she finished third at the Ljubljana (Slovakia) Marathon but it was a more recent result –  victory at Hamburg April 28th (2:24:42) – that has given her the confidence she needs to tackle the Toronto race. She faced cold rainy conditions in Hamburg and went to the front from the start, running without the benefit of pacemakers for the second half of the race. Kenya’s Magdalyne Masai, who has confirmed she will also race in Toronto, was second on that day in 2:26:02.

“My big goal is to win the race,” Dibabe responds when asked for her expectations. “I know about the weather. I heard it can be cold, but I will be prepared for that.

“I am still young, but I enjoy the marathon. My goals are to win races and I hope to represent my country at championships and hope do very well for Ethiopia.”

The siblings were born in Ambo, west of Addis, but moved with their parents to Ethiopia’s capital city when they were quite young. The exploits of their countrymen at the Sydney and Athens Olympic Games served as inspiration

“I watched the Olympic Games,” Abera admits. “It is such an incredible event. I got inspired by the Ethiopian runners who won medals, I wanted that too.  For me, watching other athletes makes me very eager to continue with running and try to achieve more. It is great to represent my country in that way.”

Dibabe says that she has drawn inspiration from both her brother and some of the leading Ethiopian women.

“Abera and I encourage each other very much, we both want to be successful and we want each other to do well,” she declares. “The Dibaba sisters (Ejegayehu, Tirunesh and Genzebe), especially, inspired me to run. Tirunesh is very successful and a big inspiration for all Ethiopian athletes.”

Tirunesh is the winner of three Olympic and five IAAF world championship gold medals and is the world 5,000m record holder (14:11.15).

While Dibaba went straight into road racing as more and more young East African runners are doing, Abera was a strong competitor on the track, twice being selected to run for Ethiopia at the IAAF World Championships. He was fifth in the 2011 World Championship 5,000M and fifth in the 2013 world championships 10,000M in Moscow. His personal best 10,000M time of 26:52.85 was the world’s second-fastest time in 2013. Since 2014 his focus has been squarely on the marathon.

“I had a short track career but always wanted to go to the road fairly quickly,” he says. “Track has helped me to be a stronger road runner, though.

“I like the endurance that belongs to road running and marathons. Running is fun to do, and I enjoy it, but it is also my job. In marathon running the financial aspect is important.

“I do have a plan to start a business. But now I don’t know yet what kind of business. But that will develop through the years I think.”

Abera’s training group, under coach Tessema Abshero, includes Tesfaye Abera (2016 Dubai winner in 2:04:24) and most of their training is done at altitudes greater than 2,400m.

“I train often together with Tesfaye, but also with Ayele Abshero (2:04:23 Dubai 2012),” Abera explains. Ayele is the younger brother of their coach. “Both are good friends of mine and they are wonderful athletes. When I train for the marathon teamwork can help me further. So, training with them helps me a lot. Besides, they have a lot of experience in endurance training, so I benefit from them in a good way.”

When they are not training or travelling to road race competitions both Kumas enjoy hanging out with friends at the many coffee bars around Addis. Watching football is also a pleasant distraction for Abera and his friends. But, of course, seeking improvement on the roads remains the objective for both him and his sister.

“When the conditions are ideal, I think I can run faster than I already did,” Abera says. “I really have to do my best to run faster, but with the right preparations, I think I can. The months before the marathon are very important, but the conditions on the race day really make the difference if I will succeed or not.”

Travelling and competing together for the first time the Kuma siblings have high expectations for the Scotiabank Toronto Waterfront Marathon. It remains to be seen if they share victory together.