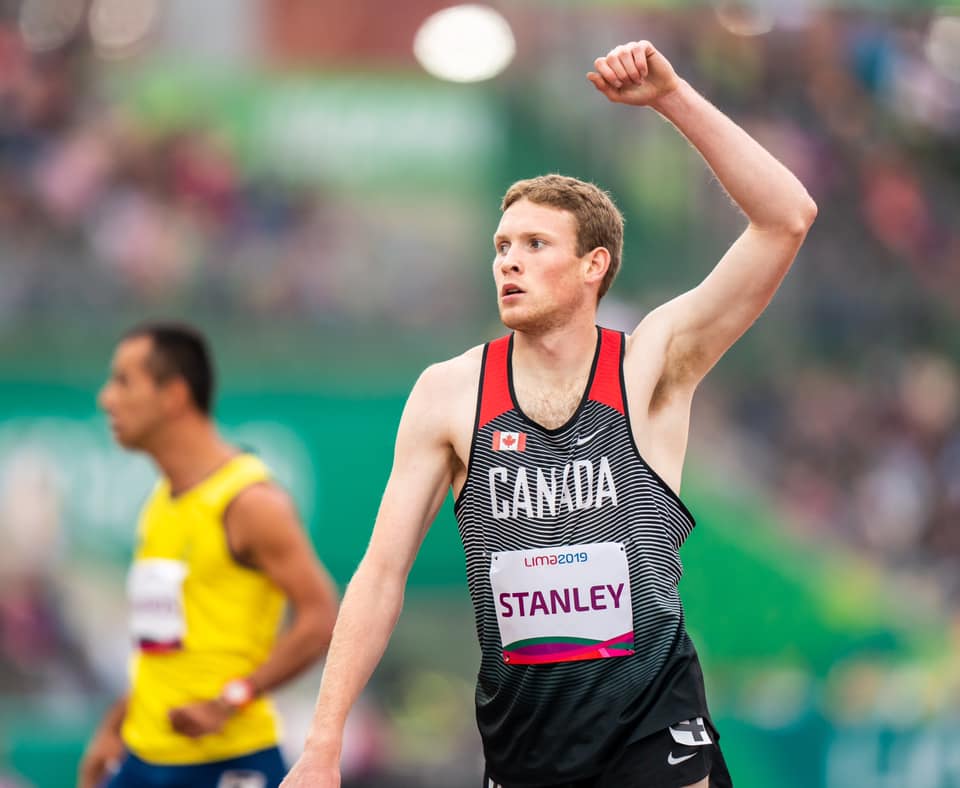 Liam Stanley of Victoria, BC finished the men’s 400m T37 qualifying round with a personal best time of 54.18, breaking his former Canadian record time of 55.04

He will race in the final at 11:11 am Saturday at the 2019 World Para Athletics Championships
#Dubai2019

Day 2 got underway with co-captain Alister McQueen taking to the field for the men’s F64 javelin throw final as the reigning bronze medalist from the 2017 World Championships in London. Setting a season’s best with his first throw of 54.46-metres, the Calgary-native put on a consistently strong performance to finish fifth overall.

On the track, Ilana Dupont pushed hard through the finish line to stop the clock at 18.64 to finish eighth in the women’s 100-metre T53 final.

Starting off the chain of finals for the day, Zachary Gingras stepped in to the blocks for the men’s 400-metre T38 final, giving Canada’s its first top 8 finish of these Championships by crossing the finish line with a time of 54.59.

Earlier in the day, Thomas Normandeau got off to a quick start in round one of the men’s 400-metres T47 competition, crossing the finish line with a time of 51.84 to qualify for tomorrow’s final.

Austin Smeenk kept the momentum going in the men’s 400-metres T34 qualifying round, finishing the lap around the track in 52.56 to join Normandeau in finals action tomorrow morning.

Concluding the night of competition, Alexandre Dupont and Josh Cassidy line up in round 1 of the men’s 800-metre T54 competition, finishing with times of 1:37.92 and 1:41.05, respectively.

Viewers will be able to follow the action via the free CBC Gem streaming service, cbcsports.ca, the CBC Sports app for iOS and Android devices, and CPC Facebook page, as well as the Radio-Canada Sports app and radio-canada.ca/sports. For more details and the full schedule, please visit Paralympic.ca/Paralympic-super-series.