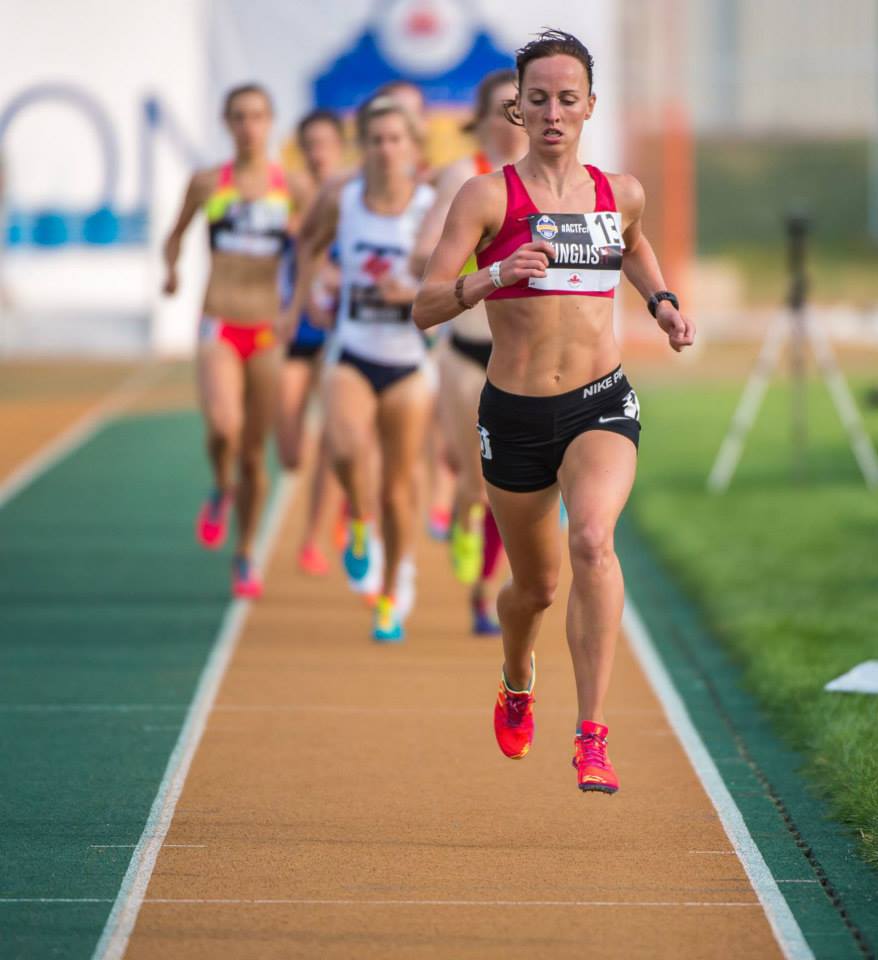 There are several training groups and run clubs throughout Greater Vancouver that offer varying competitive training opportunities for serious athletes. One that provides a focus on middle-distance training – from 800-metres to 3,000-metres as well as up to the 10,000-metre event – is headed by former Trinity Western University coach Mark Bomba.

Bomba, known for coaching the likes of Fiona Benson, who competed in the 2015 Beijing IAAF World Track and Field Championships, leads the group.

Benson graduated from Trinity Western University where Bomba coached her. She continued on and threw down a jaw-dropping season to follow, including becoming just the fifth Canadian all-time to run under two minutes in the 800-metre distance; the 800m was not even her specialty.

Another former Spartan, Sarah Inglis, who is the 2018 Scottish 10-mile national road champion, is in the group. She is known as an aggressive frontrunner and a highly competitive cross-country athlete. Her best performance on the track may be when she ran the 5,000-metre event in Portland in June 2017, finishing in the time of 15:41.29.

Teammate Regan Yee has tried to talk Inglis back to the steeplechase – which she tried for a season – but nothing doing. “I’m racing Seattle indoors 3,000-metres and 5,000-metres in late January and early February, so I have a few weeks of training to go!” said Inglis. Clearly having no intention of running the steeple, however, Yee is not alone.

Alycia Butterworth joined in the fall of 2018 while taking her masters in pharmacology. She has focussed primarily on the steeplechase. She competed internationally for Canada and represented the red and white at the 2017 London IAAF World Track and Field Championships.

Four-time GoodLife Fitness Victoria 8K champion and Team Canada world cross-country member Lindsay Carson joined the group in 2017 after working and training for years in the Yukon. Nanaimo’s Rebecca Bassett finished her final season at Simon Fraser University in the spring of 2018 and began training with the group in the fall as well.

“We welcome anyone who takes the sport seriously, but we happen to have athletes mostly from Burnaby to Langley,” shared Bomba.

Yee continues to train under Bomba. She had a strong final year at TWU, breaking three school distance records. In 2018, she set at least five personal bests including running a road 5K in the time of 15:36.30, and a standout 3,000-metre steeplechase in Ninove, Belgium in 9:37.31; a race she won.

Asked how her fitness is now she said, “Training has been going really well. We have got a great group dynamic going on right now. We all have the same goals – running fast! – and we are all committed to helping each other get there. There is a genuine sense of teamwork amongst us.”

For Yee, the focus will continue to be the steeplechase, however, she added that we may see her compete in some 1500-metre races and maybe a 5K.

“It’s been great for me to stick with the same coach from university, and I think having the support going forward from Andrew Lenton and the Mustangs is going to be super valuable.”

Lenton is an NCCP level 4 coach and former high school standout.The master coach instructor is the head coach of the Mustangs.

“Keep in mind, we do try to accommodate athletes at more than just the elite level. The idea is to have an approach of how each athlete can push and support others,” Said Bomba. “Our goal would, of course, be to put people on teams, but there is much more to it than that.”

For teams, Bomba is referring to provincial and national teams to compete in provincial, regional and international competitions.

“Bomba’s training group is much like a close-knit family of misfits. We all have our own unique backgrounds, but we somehow all work together really well. The group is really supportive of one another and each member plays a role in each other’s development,” shared TWU alum Nick Colyn.

“It’s a chance for people to continue to challenge themselves beyond a college situation,” added Bomba.

Bomba feels that if things go well they could put two or three people in a world championship team or Olympics soon.

“But at the same time, we are a grassroots group. We will have a range of athletes.”

“As the college season ends, the idea is to take on those athletes who are interested in more post-college type of atmosphere and any new grads. For example, we expect to pick up some of the regional athletes graduating from the Canadian and US schools like Nathan Wadwhani from Washington State University and the TWU athletes who have worked with me in the past,” Added Bomba.

“The biggest thing about the group is the way we support one another outside of training in whatever circumstances that may be.  In some cases we may actually spend too much time together and come up with crazy ideas that Mark notes will never work,” added Colyn. “Working as a team makes training easier and in most cases, more enjoyable.  Having a supportive group, that over time has developed into a second family, has been a great motivator to keep working hard each day no matter how I may be feeling.  This group really is something special.”