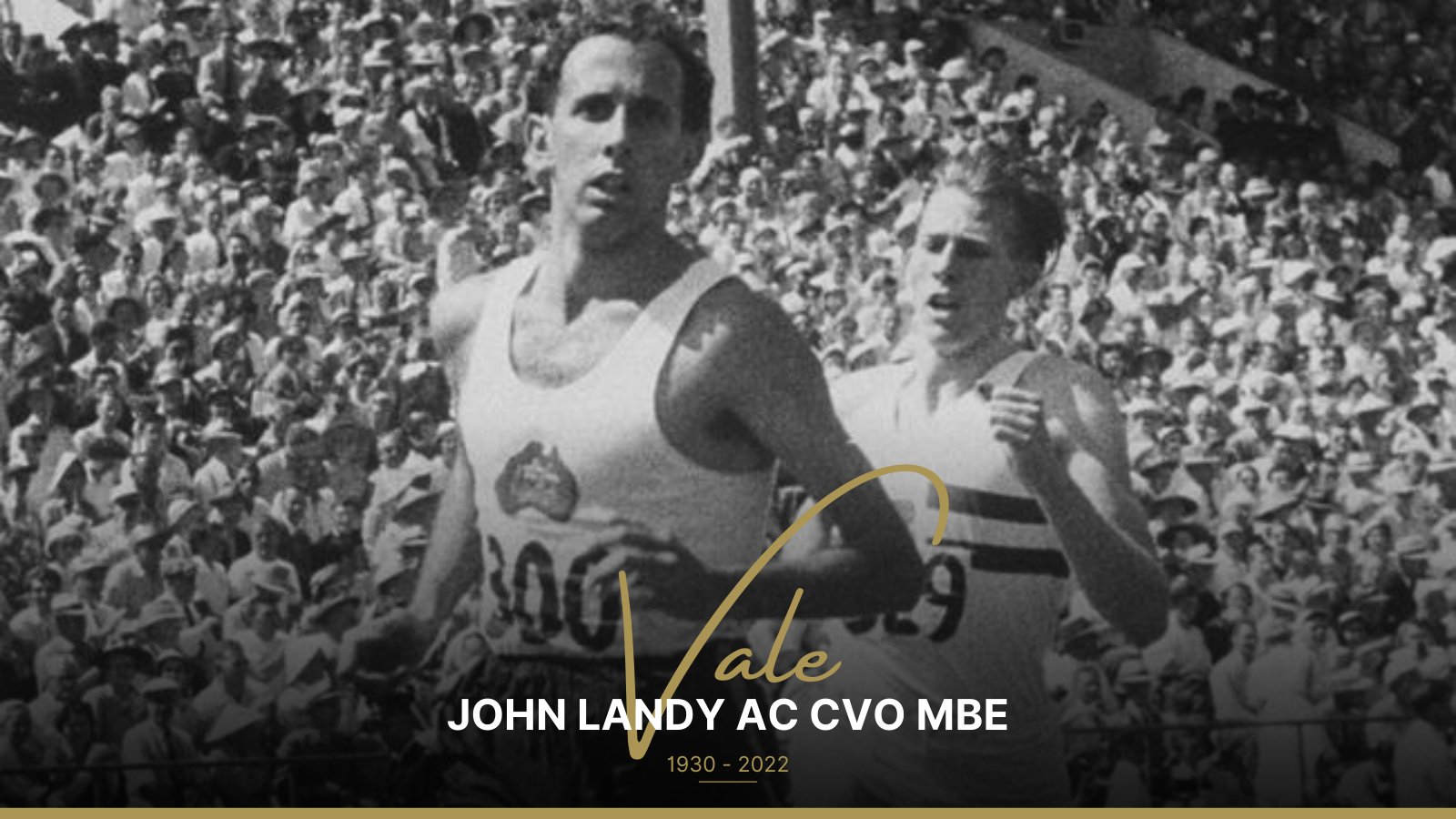 The legendary Australian miler died at age 91 on Thursday, February 24, 2022. He is famous for being the second man in history to run the mile faster than four minutes, after rival Roger Bannister of Great Britain.

Bannister achieved the historic feat running three minutes 59.4 seconds in Oxford in May of 1954.

But Landy went better 46 days later in Finland with a time of 3:58.0. Landy’s record stood for three years.

The Sport Australia Hall of Fame is mourning the passing of Legend of Australian Sport John Landy AC CVO MBE who passed away on Thursday, February 24, 2022 surrounded by his family. He was 91 years old.
A great champion and even better man.
Read more: https://t.co/AV9LOoXH2S pic.twitter.com/BTwEN8GOzw

Landy ran his second sub-four-minute mile at the 1954 British Empire and Commonwealth Games. The meet was held in Vancouver, British Columbia. Bannister won that race too. This meeting of the world’s only two sub-four-minute milers was named “The Miracle Mile”. It was heard over the radio by 100 million people and seen on television by tens of millions more. TV was new at the time.

On the final turn of the fourth and final lap, Landy looked over his left shoulder, Bannister passed him on the right. From then on generations of well-meaning school coaches would tell kids to never look back.

On January 1, 2001, Landy was sworn in as the 26th Governor of the State of Victoria. He was an author, a public speaker and was a senior manager at an Australian chemical company.