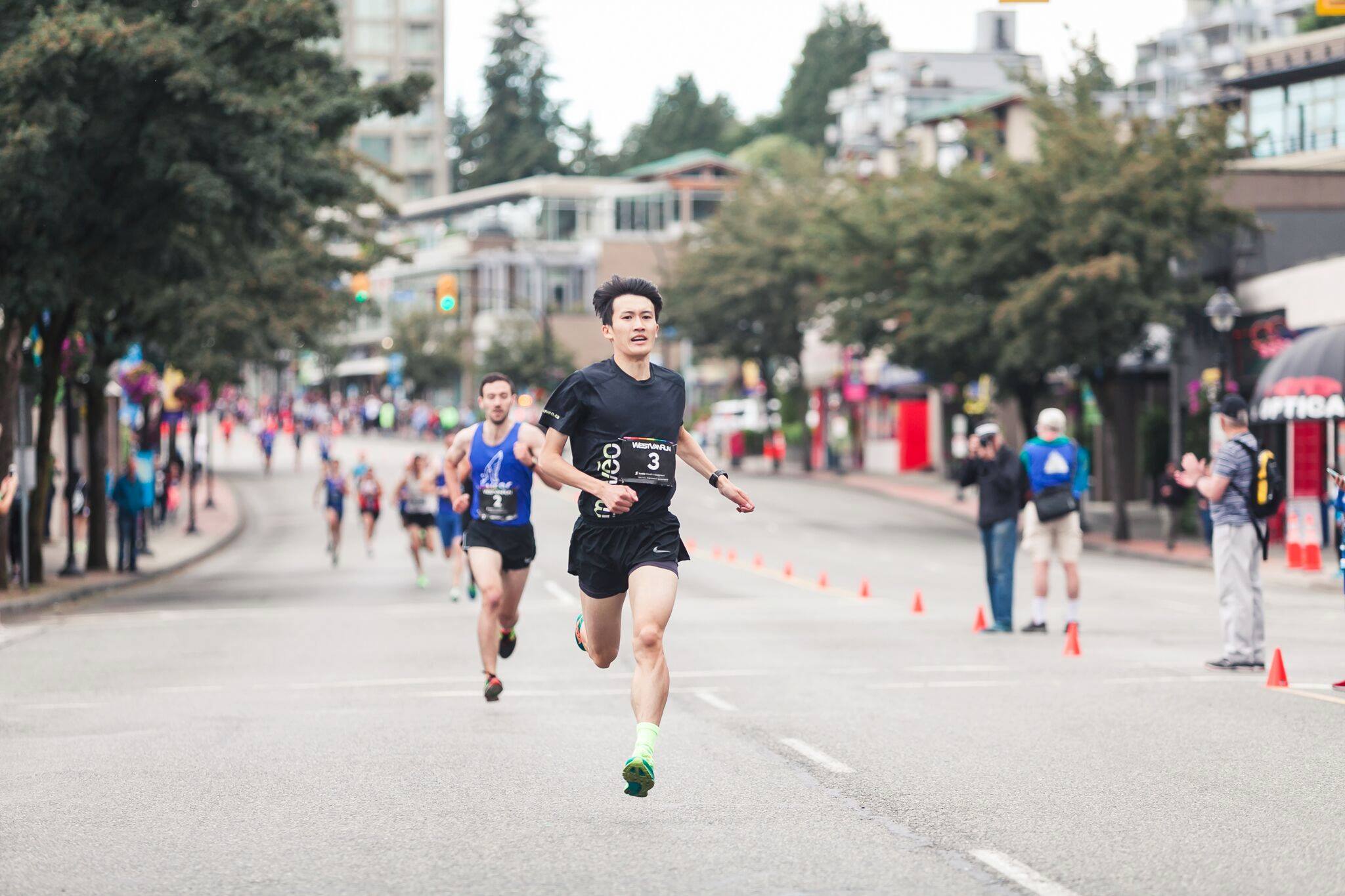 Almost 3,500 runners raced the first (in-person) 2022 Canada Running Series event at the Under Armour Spring Run-Off in Toronto’s High Park Sunday morning. The excitement was palpable as the 45th edition took place after the two-year hiatus caused by the pandemic.

Both women’s and men’s winners had convincing victories, as they led from start to finish. Canadian 10K Champion Leslie Sexton claimed the women’s title in 27 minutes flat. London, Ontario’s Jeremy Coughler took the men’s title in an impressive 23:37, the fastest time recorded on the course in more than a decade.

“The other women blew me away on that first big downhill at 1.5K,” said Sexton, the Spring Run-Off champion in 2018. “I have to work on my downhill running, but I worked my way back going up the Centre Road hill [at 3K]. I then managed to get away on the flat after that. For the rest of the race, I had a gap but never one I was confident about. I didn’t know how I was going to handle that last hill. I’ve had Laura [Desjardins] hunt me down before and Alex [Lucki] has really great track speed. So I was really happy I could hold it together.”

The men’s race saw a convincing triumph for relative newcomers to the series over some wily veterans with Coughler and runner-up Lee Wesselius of Kemptville, ON.

“Lee and I went out side-by-side at a good pace,” said Coughler. “But I got a small gap on him around 2K. The hills are a real challenge, a real leveller, but we train a lot on hills in London [with Bandits Elites, a high-performance group], so I think I have a little more strength when it comes to hills.”

Wesselius managed to stay close to Coughler all the way around the undulating course, “The gap stayed the same, about five seconds. I made a push up the last hill but couldn’t close on Jeremy,” said Wesselius. “But I went under 24 which I didn’t think I would, so I’m happy.” Kyle Grieve (24:06) and Kingston’s Kevin Coffey (24:41) chased home the newcomers for third and fourth.

It was a strong performance for Coffey coming off his recent win at the Around the Bay 30K race in Hamilton, ON.

The Spring Run-Off race has raised more than $45,000 for the Princess Margaret Cancer Foundation to date and is accepting donations until April 30, 2022. The post-race pancake breakfast raised $2,000 for children’s programming at the High Park Nature Centre. Abigail Sadler and Kevin Smith were crowned 5K “Queen and King of the Hill” for their charges up the final, gut-busting 600m Spring Road Hill. Kelly Senk and Puk van Gool claimed the crowns for the 8K.

Most of all it was a day of celebration, a day of and for community. As a sure sign of this, Spring Road Hill was lined both sides with many of Toronto’s run clubs, including Kardia Athletica, Black Runners of the GTA, Chicks Run the Six, RunTObeer, and Rogue Runners.

For more information about the Under Armour Spring Run-Off, please visit:  https://canadarunningseries.com/spring-run-off/

Brendan Wong won the race Sunday in the time of 24:41, just one second ahead of Joshua Potvin and three seconds ahead of Julian Meyer.

“The goal was to go out with Josh Potvin and to around 4k at around 12 min,” shared Wong. “Julian was with us to that point too. At the turnaround, I pushed a bit to get a bit of gap and maybe had like 30 metres at one point. There was some pretty good headwind on the way back to the finish so I struggled a bit. Josh, Julian and Alex were working together to catch me. I think Josh had another kick and tried to close me down but just ran out of time.”

In February, Wong finished in second place at the Harriers Pioneer 8K just north of Victoria, BC in the time of 24:31. He won the BC 8K Championships for being the first resident of the province across the line, just behind Tristan Woodfine who clocked a 23:10 performance, the third fastest in the event’s 43-year history and fastest on that course.

The Steveston Icebreaker 8K is a fixture in the BC Super Series as well as the Lower Mainland Road Race Series.