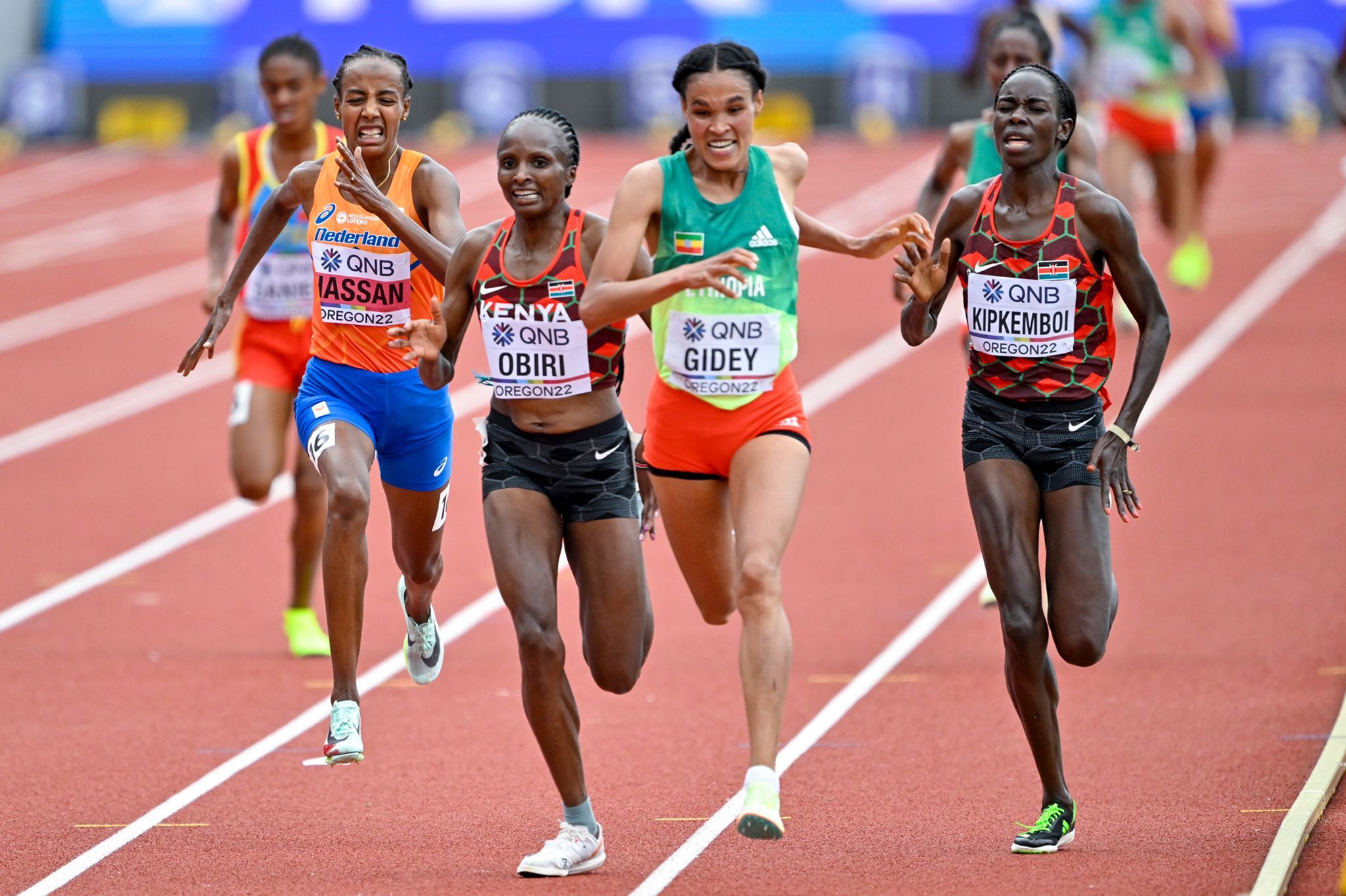 Ethiopian distance running phenomenon Letesenbet Gidey unleashed an incredible display of talent to claim her first senior global track title with a victory in the women’s 10,000-metre at the World Athletics Championships in Eugene, Oregon today.

Gidey narrowly defeated Kenyan Hellen Obiri who clocked a new personal best time of 30:10.02, countrywoman Margaret Kipkemboi took third in the time of 30:10.07, also a new personal best. Former Ethiopian Sifan Hassan who is running for the Netherlands finished fourth in 30:10.56. Considering she won two gold and a bronze in the Tokyo Olympics, it was big win for Gidey.

The four ran the 24, 25, 26, 27 and 28th fastest times in history, which is unusual for a global championship and speaks to how fit these athletes are considering the effort over the second half of the race.

Gidey split 5000m in the time of 15:19.78 13. She was led by Eilish McColgan among others at the half, with McColgans attempt to take the speed out of the legs of the field.

A thrilled Gidey, who won bronze at the Tokyo Olympic Games in the 10,000m, said of her gold medal success, “Today was a great race for me. I’ve worked hard on both my strength and tactics during this season and today it all came together.”

The NN Running Team athlete is currently one of the most exciting talents in global distance running. She is the owner of the women’s world 5000m and 10,000m records and in Valencia last fall destroyed the world half marathon record by more than a minute.

On December 4th, she plans to make her debut in the marathon in Valencia, Spain.

Valencia is where she set the world record in the half-marathon, which continues to stand at 1:02:52.