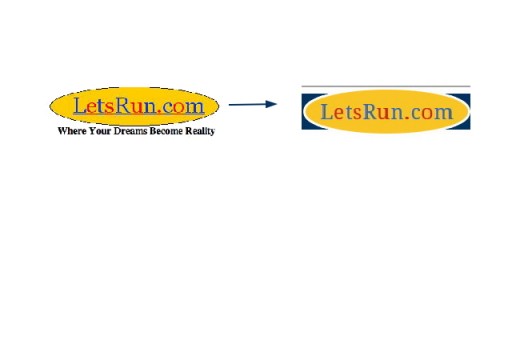 The online source of news to do with the sport of athletics that has the largest worldwide audience, the mammoth Let’s Run.com, is currently undergoing a renovation. The archaic-looking website that existed defiantly in contrast to current marketing tenor (queue the aphorism: if it ain’t broke don’t fix it), has finally moved into the new millennium. It’s getting a makeover and it looks good, and familiar. Of all the changes that are being undertaken, remaining familiar is the smartest marketing stratagem they could make.

There is no mistaking the website’s homepage, which visitors have always found to be choc-a-block full of the latest athletics news and information from around the world.  This tradition continues, unabated and is probably escalated. Certainly the Content Management System (CMS), being WordPress, rather than the Magyver-coded patchwork site that it was, helps with categorising the content, making the user experience go more smoothly and the archiving of content less work for the site managers.

The website continues to appear very much as it has always has, just more streamline and clean while utilising a more modern font; sans serif. The new typeface is named, Lato, “There was no particular reason to choose it, I thought it looked nice and people seem to like it too.  The old font was Verdana,” shared Erik, who is doing much of the heavy lifting in this operation. Perhaps the biggest changes are in the backend. Weldon Johnson, co-owner wrote in the official feedback thread within their discussion forum, “A sleeker, responsive design of the homepage with a host of new content features on the backend…”

According to LetsRun.com’s About Page, the site is dedicated to covering and promoting the world’s greatest and purest sport – running. The website was founded by brothers Weldon and Robert Johnson in the year 2000 and has grown now to have over one million unique visitors per month, on average.  Although there are other informative and exciting websites to get the latest news content about the sport, for example the Bible of the Sport, Track and Field News, the trusty old Runner’s World, Runner’s Web, Running Times, Flotrack and in Canada, Canadian Running Magazine, Trackie.ca and of course yours truly Athletics Illustrated, there is no questioning the sheer scope of Let’s Run’s audience.

Traditional media has always lived by the standard, he who writes it, wins. New Media or Digital Media bends the code to read, whoever hosts it, survives – for now. According to the website SearchLand, there are currently over 100 billion Google searches annually. In 2006 Merriam-Webster’s Collegiate Dictionary declared Google officially a verb. The highest brand recognition that can be attained happens when a brand becomes a verb or a generic product reference (GPR). Jacuzzi, Ping Pong, Thermos, Band Aid and Kleenex are just a few examples of trademarked names that became GPRs and or verbs.

To Google is to search and users typically search content they have already heard about or brands they are familiar with, queue the game-shifting relevant content search returns – thank you Google, you are not just a search engine anymore. There is little doubt that when searching for athletics news the odds are the seeker will end up on Let’s Run.com. Let’s Run’s brand, for better or for worse, is the closest in the running news game to being a generic product. Their content combined with brand relevance dominates this niche market, at least in terms of audience size and search engine rankings.

Although they (Brothers Johnson and company) have begun the redesign of their website, some changes are subtle and anyone visiting the website will not suffer the brand alienation effect that happens to loyal website visitors when they see their favourite site completely changed. Let’s Run’s colour scheme is the same, the logo is cleaner than before and appears to be of higher resolution, yet it is clearly the good old Let’s Run emblem. Most importantly, the commonly visited parts of the site are right where they used to be, right where you want them, including the world famous message board, The Week that Was as well as sidebar videos and randomly categorised other news sections. The site map’s layout is much more professional than the old one. Robert Johnson said, “The weird thing is most of what we’ve done to be honest is something you can’t see even yet as we now have to go back through 13-years-worth of news and archive all of the content for the content management system to really shine. Hopefully, we’ll get that done by the end of the year.”

Mobile devise usage has exploded. Over the previous two years growth has been at nearly an 80% upswing. In the US there are over 36 million users streaming video, because of the advent of 4G LTE, mobile video is already more popular on the faster wireless networks. Mobile video is quickly becoming a mass consumer phenomenon, just as digital photos were earlier in the smartphone adoption cycle. “In terms of the redesign, Erik and Weldon really wanted to have a mobile friendly format and a slightly cleaner look. You can still get your news really quickly, but somehow it looks a little bit nicer,” shared RoJo.