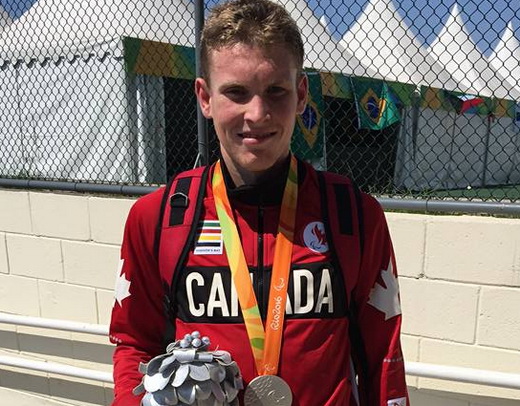 Stanley ran a time of 4:16.72 in the T37 Category, “The race went well, a little faster than I expected. I just tried to hold on to the Irish athlete (eventual gold medallist). I stayed with the game plan and just executed,” said Stanley through an Athletics Canada statement.

Stanley is coached by two-time Olympian Bruce Deacon, who organises, manages and coaches athletes in a club called, Prairie Inn Harriers Youth Team – a competitive youth club of the Prairie Inn Harriers Running Club, which is the largest in Canada with over 800 members.

Deacon organized a viewing party to at Glenlyon Norfolk School, where people gathered to cheer on Stanley.

“He ran perfectly to plan. We had trained to cover Mckillop’s surge and he stayed right with him while the others couldn’t,” shared Deacon. “Another year of training and maturity and Liam will be ready to contest for gold. His future in the sport is very bright…he’s a teenager competing against men in their late 20s and 30s.”