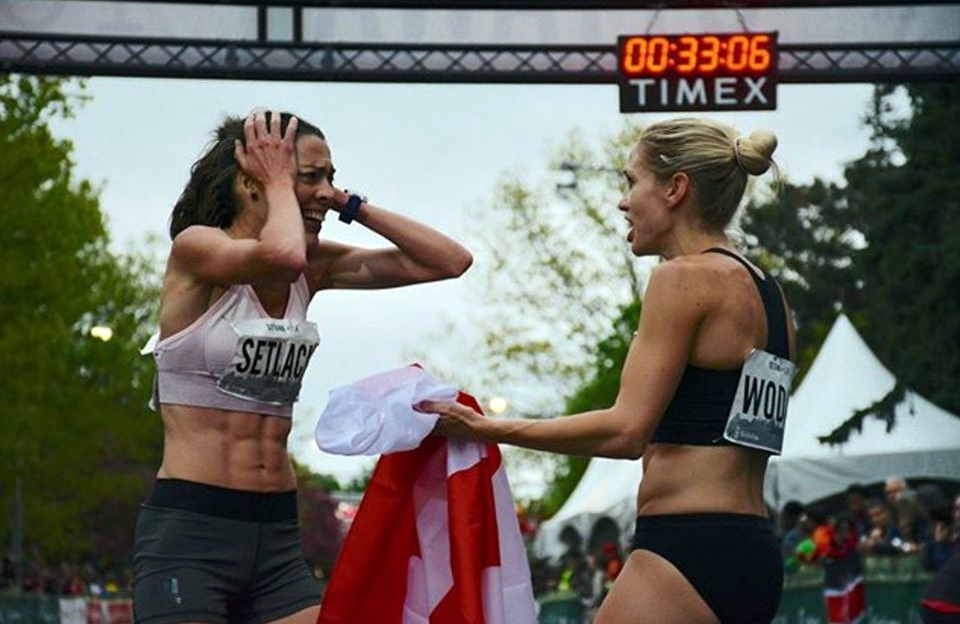 “Honestly, it has everything to do with how that race felt. Not the time or place. Nothing earth-shattering to anyone else but it was earth-shattering in my heart and mind, indescribable. Like listening to a good song, drinking a good cup of coffee, art, nature….the stuff you can’t attach words to, you know?”

Outside of the international field of the Ottawa 10K, Canada’s top women are aging like fine wine. Saturday, the top three who are all closer to 40, than 30 and went 1-2-3 domestically and 8-9-10 internationally. The Ottawa 10K serves as the national championships.

Natasha Wodak led the Canadians with a strong 32:30.8 performance. She aggressively split the first half in 16:01. In 2015, she finished Ottawa in the time of 31:59. Apparently, she was chasing that personal best that she set the same year that she took the national 10,000-metre record of 31:41.59 at Payton Jordan.

The 37-year-old North Vancouver resident competed in the 2016 Rio Olympics and 2018 Gold Coast Commonwealth Games with strong performances at both events.

Right behind her was 39-year old mother of two Malindi Elmore of Kelowna, BC. She has been having a strong road racing season. She hit the podium at both the Vancouver Sun Run and TC10K in Victoria in April.

Elmore ran her marathon debut in January 2019 at the Houston Marathon finishing with a strong 2:32:15 performance. Prior, she had competed in Ironman, but not a standalone marathon. The former international 1500-metre runner will be looking at a fall marathon, she apparently has yet to commit.

In third place was Emily Setlack who recently moved from Cold Lake, AB to Kingston, ON with her husband Matt, also a competitive runner. Setlack has competed internationally for Canada at the NACAC 10K road championships, but Ottawa was a new personal best performance at 33:02.80. She ran the first 5K conservatively in 16:41, and finished with a strong negative split.

Asked where this improvement is coming from she said, “My improvement is 100% the result of Jim Finlayson’s coaching. He’s been really patient with me and helped me a lot. I feel very grateful to have had his help and guidance. This winter I was able to put together the most consistent stretch of training that I have had in my life. I didn’t increase mileage much, but added more quality.”

Part of it had to do with her Rotterdam Marathon preparation and performance, where she ran a debut in the time of 2:35:47.

“Training following Rotterdam went really well. I had some of the best workouts I’ve had in my life,” added Setlack. “I was tentative at the start and ran on my own until 4K when people started (unfortunately) dropping off the lead pack. I was sad to see them have a rough day but it was motivating to look ahead and chase after them. A negative split the last 5K and finished feeling like I have more in me; I’m excited.”

The top-five women across the line were Kenyans. Dorcas Kimeli won in the time of 31:08.80. Valary Jemeli finished less than three seconds back while Paskalia Kipkoech finished third in 31:29.2 – they were all together at halfway in 15:56.

Dylan Wykes of Ottawa was the first Canadian male crossing the finish line in 29:55.5, barely three seconds in front of Surrey, BC’s Justin Kent (29:58.3). The third Canadian male was Phil Parrot-Migas who virtually tied with Kent and was credited with 29:58.8.