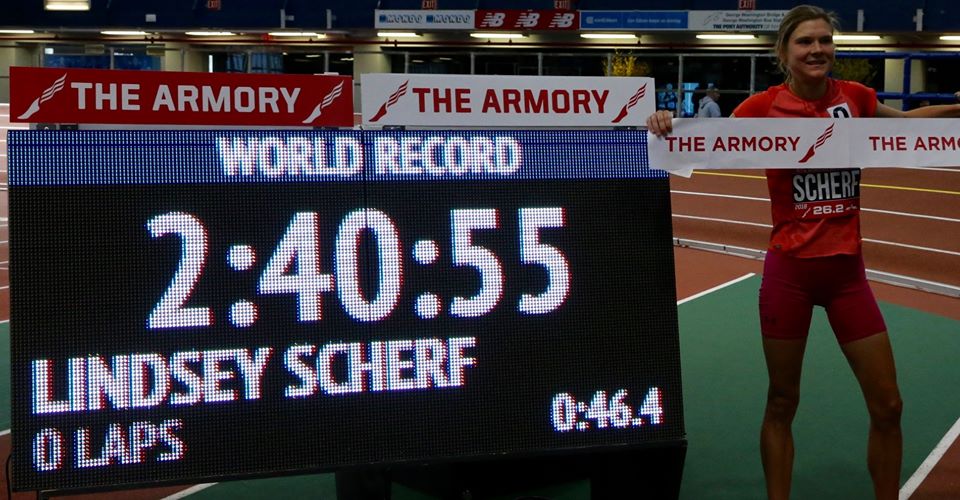 Lindsey Scherf ran a marathon world record time Saturday at the Armory in New York. She ran the 211 lap, 42.195-kilometre marathon in the time of 2:40:55

She posted in social media, “Achieved my world record for the day and I’m grateful to friends, family, supportive spectators, and the awesome Armory staff who made the event a first class one and an energy-packed run where I had 211 laps of fun!”

The only other female competitor was Caitriona Jennings who finished in the time of 2:53:11.

The New York Road Runners put on the event for the second consecutive year with a prizing structure where $1000 is awarded for the win and $5,000 for a new indoor world record.

In 2017, two world indoor records were set with Allie Kieffer running 2:44:44 for the women’s win and the men’s winner was Malcolm Richards who finished in the time of 2:21:56.

Richards improved his own world indoor record for men finishing in the time of 2:19:01 on Saturday.

Seven competitors finished the race, while 68 teams relayed the run.Nick Edinger finished second in the time of 2:22:06 while Brian Harvey finished third just 12 seconds back. 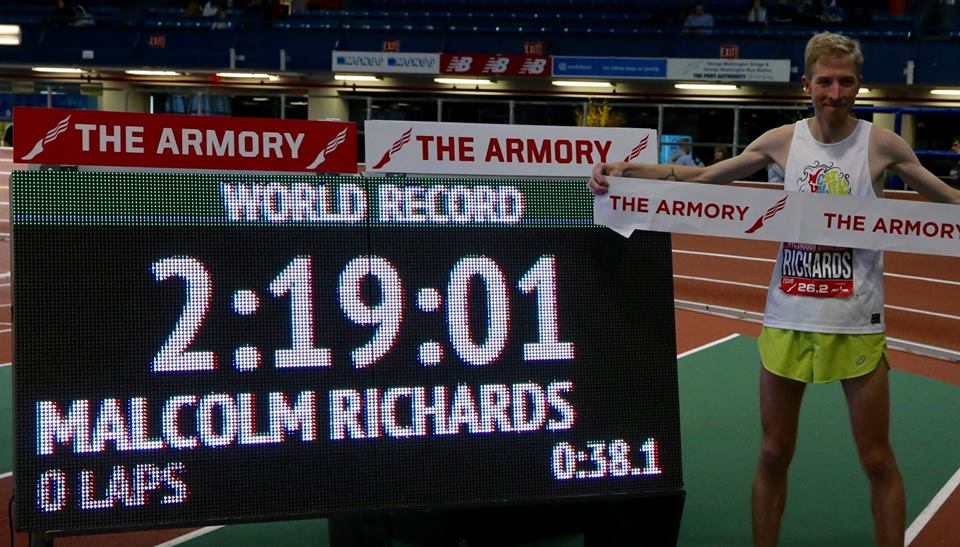 Scherf has a long history of racing from as short as 1500-metres to the marathon and has competed in every road and cross-country distance in between. She will test the waters of ultra-running this spring.

“Later, I’m going for the American record at 50k en route at the Two Oceans Ultra Marathon in South Africa (56km)—- I get motivated chasing records so those two are attainable for me so I’m just having fun with it and taking on these unique opportunities with zero pressure.”

Scherf ran a marathon in Miami in January, finishing in the time of 2:48:35. Two weeks prior, she was in Naples taking in a half-marathon and crossed the line in the time of 1:15:13