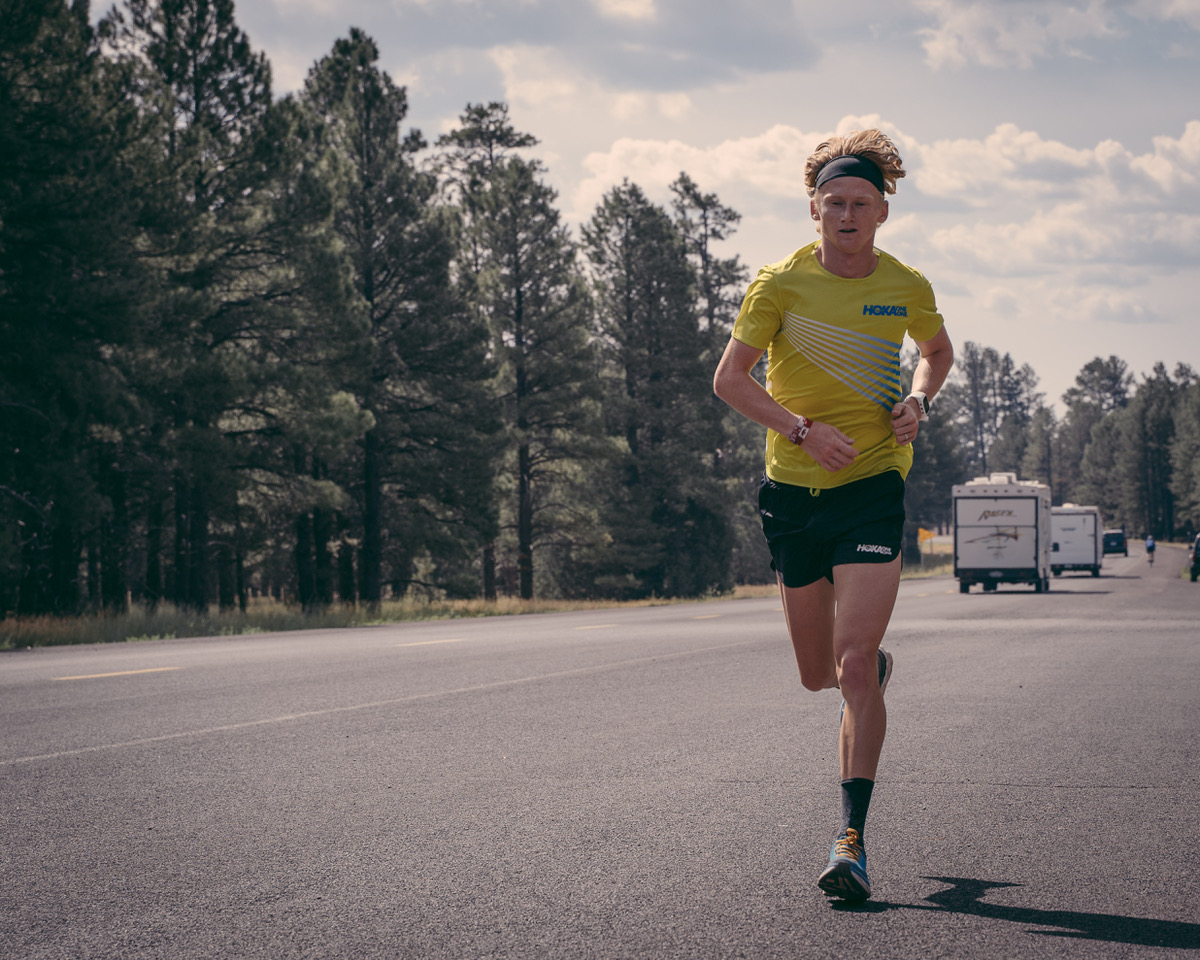 Lured by the magic of a potential Olympic berth Canada’s top distance runners are lining up to compete in the 2019 Scotiabank Toronto Waterfront Marathon, October 20th.

Canadian record holder Cam Levins (2:09:25) along with fellow Olympians Dylan Wykes and Reid Coolsaet have already announced their entries in this IAAF Gold Label race but behind them is a young talented pair hoping to supplant them at the top.

Twenty-three-year-old Rory Linkletter is boldly challenging the distance as well as the running establishment. He is joined by Evan Esselink, 27, who turned heads with a stunning performance at the Houston Half Marathon finishing in 62:17. That is the fourth-fastest time ever run by a Canadian – faster than Coolsaet and Wykes have ever run and just two seconds slower than Levins’ best.

“I chose to do Toronto and move up to the marathon because the chances of me making the Olympic team are much better in the marathon,” Esselink declares with confidence.

“I ran the Houston Half Marathon and ran well there. Now, just knowing I am trying to run a certain time in the marathon, going through (halfway) three or four minutes slower (than 62:17) in the marathon, it won’t be too hard to do that. At least it will give me the confidence I can do that.”

A year ago, the native of Courtice, Ontario (just east of Oshawa) approached the head coach of the BC Endurance Project, Richard Lee, about a move out west.  He had been training with Speed River Track Club in Guelph for two years but many of their post-collegiate athletes were retiring. Now he’s in Vancouver where he is training with Lee.  Asked what his target might be in Toronto he is rather coy.

“I have a time in mind like something I am well capable of, but I would love to make an impact,” he offers. “What I mean by that is running as hard as I can for the distance and, whatever that puts me at, is what it’s going to be. I have a time in mind but in terms of Olympic qualifying I have the half marathon (points) from Houston that bodes well for me.”

Esselink has carefully studied the IAAF’s complicated ranking system where different races are weighed according to status and he knows a good performance coupled with his half marathon could see him win selection. Still, he approaches the race with trepidation.

“I am still scared of the event,” he admits, “The half marathon and the 10k are much more similar than the half and the marathon. It is going well so far; I have had no hiccups. It’s scary territory, I just feel as the distance goes up, I excel more. I think that’s where I am going to shine, in the marathon.”

At least Esselink has run a competitive half marathon. That is not the case with Linkletter. The recent graduate of Brigham Young University ran a very good 28:12.42 this spring for 10,000m on the track. He raced both 5000m and 10000m for BYU.

“This is, basically, my first race over 10K,” he acknowledges without a shred of hesitation. “I ran a half marathon for fun, no training for it, when I was 18 but I wouldn’t really count that as running a half marathon. This will be my longest race of my career by 20 miles.”

Linkletter, who married his college sweetheart Jill – herself a BYU gymnast – signed a professional contract with Hoka One’s Northern Arizona Elite group after graduating and moved the couple to Flagstaff, Arizona.  Jill has a job teaching grade four students.

“Utah is a great place to train because the altitude is moderate and you can get away with some intense efforts but also get the benefit of altitude,” he says. “But Flagstaff offers endless dirt roads, beautiful places to run, really high altitude to get the aerobic benefit plus the opportunity to drop in altitude for your faster efforts down in Sedona. It’s an absolute mecca.

“Leaving Utah and my family – my mother lives in Utah and some of my siblings – has been an adjustment but I am more excited about being in Flagstaff than being upset about the loss of familiarity.”

Born in Calgary his parents split up when he was a toddler. While his father remained in Calgary he and his siblings settled with their mother in Utah. But rather than be resigned to occasional visits home the Utah school system allowed him a unique opportunity to study in both Utah and Alberta.

“The way it works in Utah since there are so many kids, you have nine weeks in school, three weeks out of school,” he reveals. “So, in middle school and high school, I would spend nine weeks in the states and three weeks in Canada to see my dad. So, I was rotating like that until I was 13 years old. I stayed regular as a Calgary visitor for six years. With so much family there I still consider it home.”

Linkletter has represented Canada three times – twice in world cross country and once at the recent Pan Am Games where he finished 6th in the 10,000m.  An Olympic berth would be by far the biggest stage on which he has performed.

“Yes, that is the first and foremost goal,” he says. “I wouldn’t be doing a marathon this fall if it wasn’t for the time crunch and the opportunity to make an Olympic team. This is the number one reason.

“In my heart, I want to run in the Olympics, and I feel the marathon offers me the best opportunity to do that. I think my ceiling in the marathon is pretty high in comparison to the 5000m or 10000m, I like the intrigue of the marathon at the Olympics itself.”

Despite his age, it appears he has an understanding of the nuances of international championship running where, for example, a man like Eric Gillis can finish 10th in the Olympics although his personal best is ‘just’ 2:11:28.

“There’s another good example of that with Jared Ward,” Linkletter offers. “I trained with him at BYU quite a bit. He got sixth at that Olympics. And his personal best going into that was 2:12:56. This is a guy who had never run what is now the Olympics standard, but he got 6th at the Olympics.

“Although there is talent gap between the Eliud Kipchoges of the world and those aspiring to make the Olympic teams there is a level of possibility that you can compete at a high level if you are tough on the day and just fight,” he reasons.

In its thirty-year history the Scotiabank Toronto Waterfront Marathon has never enjoyed such a strong Canadian field. Linkletter and Esselink will hope their ambition proves more powerful than the experience of the Olympians they face for the coveted Canadian Olympic spots.