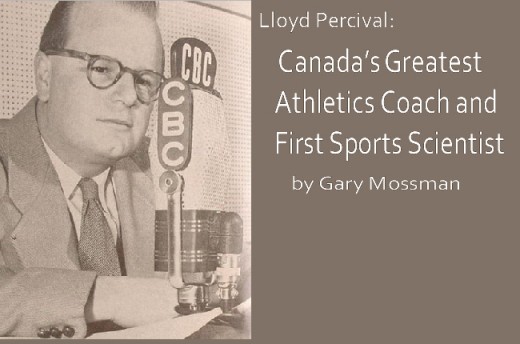 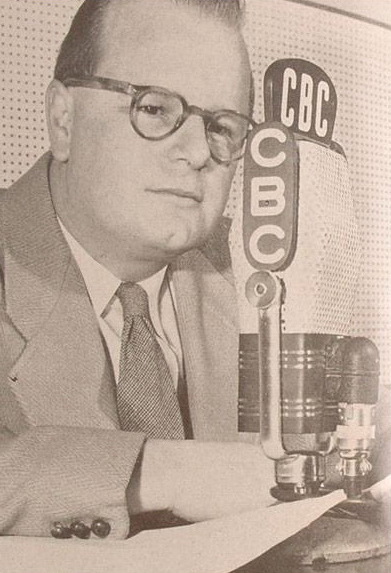 On June 20, 2013, Lloyd Percival was posthumously inducted into the Athletics Canada Hall of Fame. Percival is best known for writing The Hockey Handbook, the book that the Russians used to learn how to play our game, even though the powers that be in the NHL chose to ignore it. In fact, he trained athletes in a multitude of sports, including dozens of Canadian Olympians. Shortly after his death in 1974, Percival was honoured with a place in the Canadian Sports Hall of Fame. That same year he was also inducted into the Canadian Boxing Hall of Fame. One could make a convincing argument for Percival’s inclusion in the Hockey Hall of Fame as well; however, the sport that was closest to his heart and the only sport to which he devoted a number of years in developing athletes at the club level was athletics. By gracefully acknowledging Percival’s honoured position in the history of Canadian track and field, Athletics Canada has given us the chance to recall the remarkable career of a man who was first castigated and then forgotten by the sport which owes him a huge debt of gratitude.

Lloyd Percival began coaching track and field, as well as every other sport engaged in by Canadians, when his “Sports College of the Air” radio program was first broadcast on Hamilton Ontario’s CKOC in 1941. When Sports College switched to the CBC national network in 1944, Percival became coach to an entire nation. For the next twenty years, he was the only coach many a young Canadian boy and girl (the program was initially aimed only at males but soon became more inclusive) ever knew and he inspired countless more to join their local sports club. The information dispensed over the radio, to as many as one million listeners per week – at a time when the population of Canada was about eleven million – was supplemented by dozens of instruction booklets, pamphlets, and flyers that were mailed out to members of Sports College. Much of this printed material was devoted to track and field and it includes the first quality training manuals available in Canada.

In 1946, George Lynch, one of the young Sports College members, asked Percival to supervise his Sports College training program. A few of Lynch’s friends soon tagged along and the North Toronto Track and Field Club (NTTFC), nicknamed the “Red Devils”, was formed. Within a year the Red Devils (later renamed the Toronto Track and Field Club (TTFC)) was the best track and field club in Ontario. Between 1946 and 1954 the NTTFC/TTFC won virtually every age class in every meet they entered, sometimes tripling the point total of the second place club. TTFC athletes won 2500 medals, including 1,000 gold, set 500 city, provincial and national records and won 1600 championships, including every event save the hammer throw. The Viscount Alexander Award, presented to the best junior track and field competitor in Ontario, was won by a TTFC athlete in five of the first seven years it was presented. The dramatic success of the NTTFC/TTFC athletes was the direct result of Percival revolutionizing the coaching of athletics in Ontario and to his being the key figure behind a profound growth in competitive opportunities for track and field athletes.

The birth date of the modern era of distance running has been set around 1950, because Roger Bannister was introduced to fartlek in 1949 and began serious interval training in 1950; John Landy closed in on the four-minute mile mark when he began running a demanding regimen of intervals on the track in 1952 and the towering figure in American distance running, Bill Bowerman, began experimenting with interval training at the university of Oregon between 1950 and 1952; however, by 1947, Lloyd Percival had already incorporated fartlek and interval training into the daily routines of  a group of Toronto schoolboys. He also introduced them to weight training, cross-training, massage, homeopathic medicine and a diet that was decades ahead of its time.

When Percival arrived on the scene in 1946 there only a few sparsely attended track meets, no annual championships and no events for juniors, Percival and the TTFC inaugurated and hosted many of the championship meets that still mark the competitive season in Ontario and prodded – sometimes bullied – other clubs to follow suit. The age-class system still used today is one of his enduring legacies.

Percival repeatedly challenged and criticized track and field officials in Canada. Because of his reputation as a troublemaker, Percival was never named coach of any of the teams Canada sent to international competitions. Amidst controversy surrounding the coaching selections for the 1954 BECG, Percival quit coaching track and field, only to resurface in 1958 with the Don Mills Track Club. At first there were only children, but by the 1960’s Don Mills was almost as dominant as the TTFC had been in the early 1950’s, and Percival was again antagonizing officials and other coaches. Don Mills competitors Bill Gairdner, David Steen, Bill Heikkila, Jenny Wingerson, Nancy McCredie, Susan Nigh, Cathy Chapman, and Carol Martin competed in the 1966 BECG, winning five of the thirteen Canadian medals in athletics (there of the six awarded to women). McCredie, Wingerson and Marian Snyder (three of the six women on the team) and Bill Gairdner, also wore Canadian colours at the1964 Olympics.

In 1966 Percival was accused of giving amphetamines and sleeping pills to Don Mills TC athletes without their knowledge. Egged on by a prominent and well respected Canadian track and field competitor, some of the Don Mills athletes testified before the Central Ontario Track and Field Association (COTFA). The evidence was paltry and contradictory and Percival was not given the chance to defend himself. After attempting twice to pass the buck to the National AAU, COFTA decided to punish Percival no matter the consequence. The Don Mills TC and its “professional coach” were suspended. Percival resigned as coach to allow the Don Mills suspension to be lifted and sued for libel the COFTA directors who had levied the punishment. After two days in court, during which time Percival convincingly testified to his innocence of all charges, COTFA witnesses contradicted their statements and the defense generally looked foolish and ill-prepared, the judge suggested strongly that the defense offer to settle out of court. Percival, who had been seeking $100,000 in damages, accepted $5,000 and an apology. It wasn’t about money. He just wanted his name cleared and to be able to return to coaching. Percival was on the track that night and Don Mill won a track meet the following week. Percival should have been happy; however, the shabby treatment he received from the other coaches and athletes wounded him deeply. Percival did not need track and field as much as it needed him. He was very busy running the first modern health and fitness club in the world, The Fitness Institute, 1n 1968 he left track and field coaching.

Lloyd Percival’s legacy to athletics in Canada is enormous. His groundbreaking work in the 1950’s was followed by more leading edge, scientific contributions to the sport in the 1960’s. Beyond his own athletes Percival contributed directly to the success of the likes of Dave Bailey and Bruce Kidd. His indirect influence through the other fine coaches who emerged in the 1960’s was also significant.  As John Hudson has said, “Percival challenged the other coaches to be better.” Hudson has also stated that Lloyd Percival’s “influence was far greater than anyone will ever give him credit for.” Perhaps the time has finally come to give Lloyd Percival his due.

The material for this article has been drawn, and in a few cases directly quoted, from Lloyd Percival: Coach and Visionary (Seraphim Editions, 2013), by Gary Mossman. The Athletics Ontario magazine is also presenting a series of articles by Mr. Mossman that are based on this book.

Gary Mossman is a freelance writer based in Toronto. He has written for The Hockey News as well as small press publications. 50 Years of Golf at Royal Ashburn was published in 2012. A biography of Fr. David Bauer is awaiting publication.